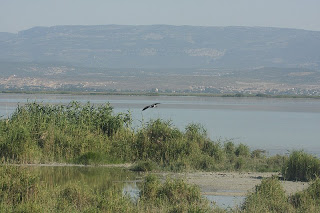 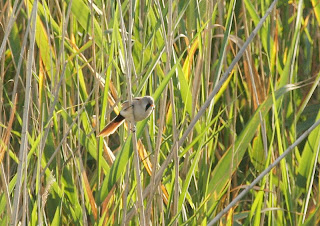 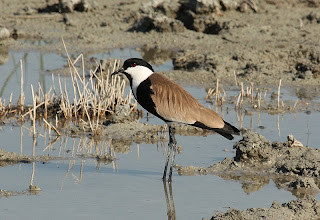 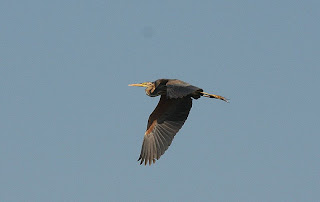 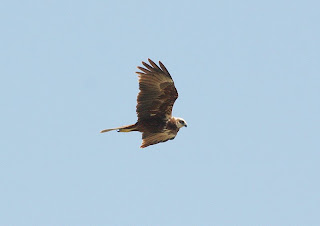 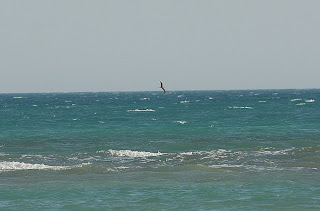 Day 4
The day began with a short drive to the Goksu Delta, an extensive area of wetland with large lagoons, reed beds and marshy fringes. We used a couple of tower hides although they were too small to accommodate the whole of our group without bringing the structure crashing to the ground. We scanned as best we could into the early morning sun. Many birds were quite distant such as Ferruginous Duck, Purple Swamphen, Red crested Pochard, Grey and Purple Herons and Ruddy Shelduck. Many others, however, showed well in or over the reeds around the hide such as, Marsh Harrier, Whiskered terns, Spectacled Bulbul, Graceful Prinia, Bearded Tit and Reed warbler. In the drier areas we saw Rufous Bushchat, Blackcap and Black Francolin.
We moved on to another hide but few people ventured inside as we noted some quite confiding Spur winged Plover on a small pool right in front of us. 3 White Pelican were seen in flight and both Citrine and Black headed Wagtails were seen at close range. We moved on again to some shallow lagoons which we could scan from an abandoned house. From the flat roof we could pick out a number of wading birds including Avocet, Greater Flamingo, Spoonbill, Kentish plover, Black winged Stilt, Curlew Sandpiper, Broad billed Sandpiper, Ruff, Little Stint, Grey Plover, Ringed Plover, Turnstone and Greenshank. The heat haze was now pretty intense so we left our rooftop to get closer to the birds and got much better views of the Sandpipers in particular. We also picked out a Gull billed Tern.
So as the temperature rose it was time for something to eat and get out of the midday heat.
We returned to the far side of the Delta in the late afternoon. We parked the coach and walked to to the shore past some trees with a colony of Spanish Sparrows, there was also a large colony of Sand Martins in the river bank. The Audouin's Gulls we had come to see were nowhere in sight a couple of Little terns and that was it. Soner picked out some gulls on a spit at the end of a long deserted beach. He assured us that they were Audouin's but if we wanted to I D them for ourselves we would have to walk the length of the beach. Over half the group 'went for it' and were rewarded with not only close views of the gulls but also a passage of Cory's Shearwaters close inshore. As we watched the Shearwaters someone shouted 'Skua', we refocussed on two brown birds with white wing flashes flying low over the water. 'European Nightjars', said Vaughan. 'What!' but he was spot on. I was impressed.
As we walked back we saw the tracks of a Green turtle that had come ashore overnight to lay her eggs. We also picked out the silhouette of a Peregrine perched on a piece of drift wood at the estuary mouth - a good vantage point to hunt tired migrants coming in off the sea. As we watched the Peregrine took off low over the water at speed. It headed straight for 'our' Nightjars. As the Peregrine attacked the Nightjars split and the Peregrine missed. There was no further pursuit, the Peregrine flew slowly back to its perch.
Driving back we saw 3 Great white Egrets in the estuary and then passed through a series of villages. The houses were made from mud or dung mixed with chaff. Piles of chaff from the recent harvest could be seen outside nearly every house ready to patch up the houses for the coming year. We would pass many such villages as we journeyed further East.

As usual it was an early start.We travelled inland to some tree covered hills with rocky outcrops which reminded me of Lesbos. The species we saw could also be found on Lesbos such as Cretzschmar's Bunting, Sombre tit, Ruppell's warbler, Black eared Wheatear, Blue rock Thrushes and Common Buzzard. More unexpected though were a pair of Little Swift which put in a brief appearance. Driving on up into the hills we stopped at a two thousand year old Roman settlement called Olba Diocaesarea. We wandered among the ruins which had clearly seen better days and I pondered on what the Romans had really done for us. I stopped at a cafe for a coffee. I was the only person there in this sleepy village and I'd completely lost touch with the rest of the group. Actually I was barely in touch with reality as I contemplated the meaning of life. I became mildly anxious that everyone was on the bus waiting for me, but I needn't have worried they were engrossed in their birdwatching. Someone had discovered a little orchard complete with a guard-donkey! The orchard held a number of species including Olive-tree warbler, Syrian and Lesser spotted Woodpeckers. We moved on to a pic-nic site in a Pine forest for lunch. While the lunch was prepared the group dispersed to see what forest species they could find. We didnt have to wander far as the canopy around the picnic area seemed full of family groups of Kruper's Nuthatch. Its a bird I've never managed to photograph successfully and so it remains. Swifts travelling at Mach 3 no problem but Krupers Nuthatch creeping about just above my head no chance. I did have more luck with a young Hoopoe before it was time for our picnic Bar-b-que of fish and tasteless green things with salad. We added Woodpigeon and Raven to the trip list but I missed the Spotted Flycatcher which several people saw. It was very pleasant having lunch in the forest, not only did we avoid the midday heat but we also got to sit down to eat at proper tables. After lunch we travelled back to the Delta to check out a different area. It was still extremely hot even though it was late afternoon and the tiring walk wasnt very productive. We did get glimpses of Moustached warbler and got Calandra lark and Night Heron on the way back to the bus.

Posted by bob duckhouse at 11:11 No comments: 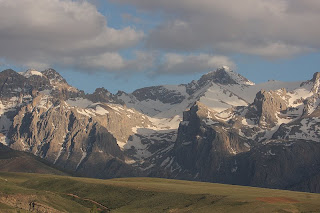 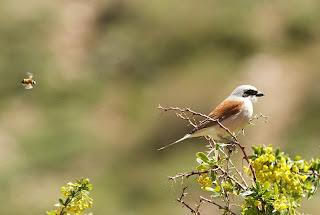 Dinner will Bee along in a second 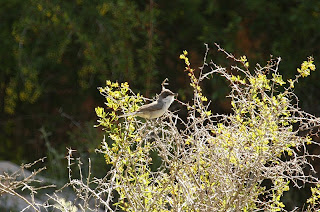 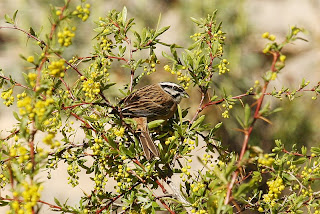 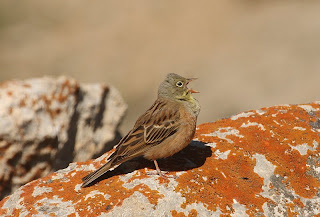 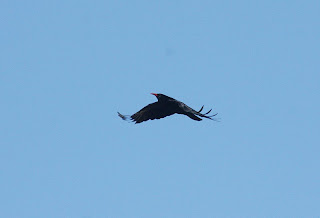 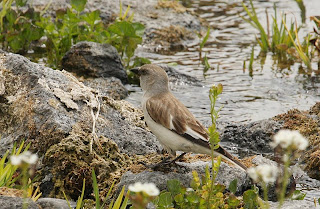 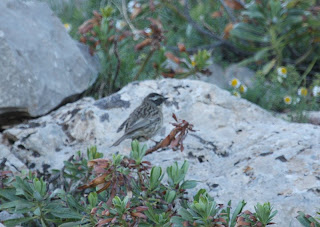 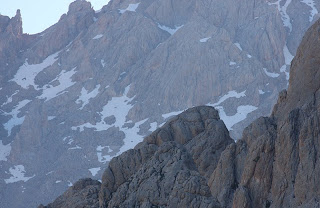 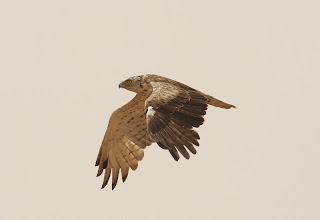 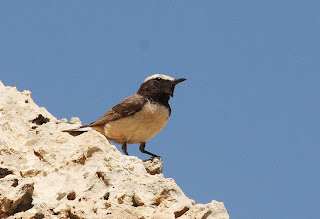 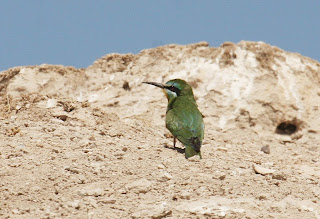 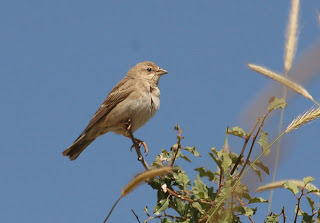 Hill Sparrow
Friday June 2009
Hi Folks, been away for a bit catching up with a few Western Palearctic species I need in Turkey. Amazing trip, like going back 100 years full report to follow but I've got over 2000 images to sort out so bare with me.
Posted by bob duckhouse at 13:51 3 comments: