Couple of shots of the Horned Lark at its winter Residence at Staines Reservoirs. Also seen : 1 Red Kite -Staines, 49 En route, Peregrine 'jousting' with Wood Pigeon and Black necked grebe and loads of A380 aircraft.
Many thanks to John H. for driving and to Steve N.and John B. for the in-car entertainment ! 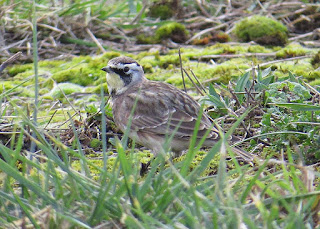 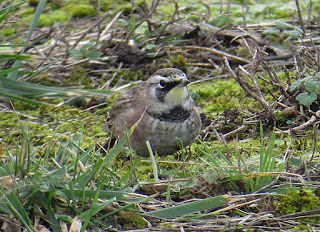 Horned Lark
Posted by bob duckhouse at 10:03 No comments:

Posted by bob duckhouse at 12:35 No comments:

The year continues on the slow side. Main focus of attention for me has been the usual local walks and the River Anker at Woodford Lane. The overhanging bushes, fallen trees and frost free river produces blooms of insects which in turn encourage a host of small birds during freezing conditions, including Chiffchaff, Goldcrest, Blackcap, Grey Wagtail, Wrens and after several years of looking - a Firecrest. After the initial sighting, the bird proved extremely elusive and it wasn't until my eighth or so visit that the bird showed really well. Now we start to look for another Dipper !! 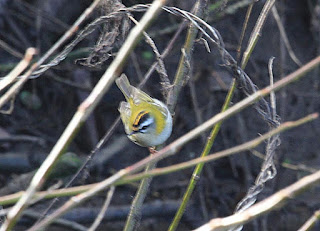 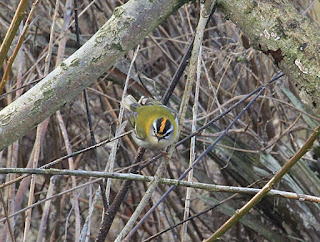 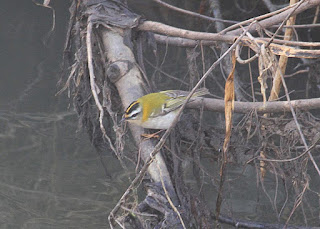 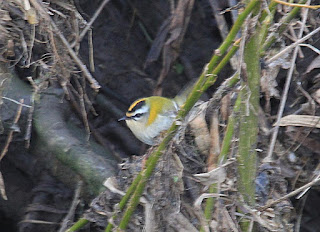 Posted by bob duckhouse at 12:34 No comments:

A quietish year for Western P. Birding and Twitching with only 1 species, Amur Falcon, added to my National list and a holiday in Madeira producing a couple of new birds for the Western P. list.
A great year locally though, despite missing out on Richards Pipit only a few miles from Home.
I've spent an increasing amount of time on local sites which has proved rewarding and quite satisfying.
Despite having a poor year for waders at Draycote and the Tame valley my total number of species seen within the current Warwickshire boundary is still the 5th best County total recorded since I started County listing in the year 2000. The highlight was undoubtedly the Lesser Yellowlegs but the Draycote Razorbill wasn't far behind with Dartford Warbler and the Tundra Bean goose making a quartet of 'ticks'.
The final total for the year was 157. Well short of my record year of 2010 when 182 species were seen in the County,which represented 88 %  of the species recorded in the Warwickshire that year.

A few 'good'  Warks, birds not included in part 1 of the review. 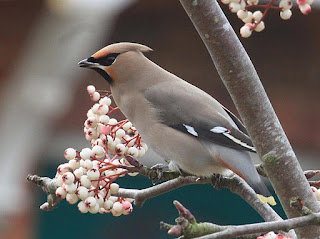 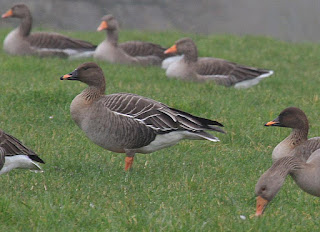 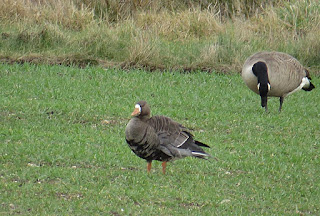 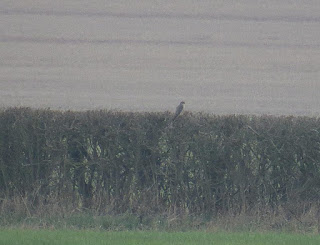 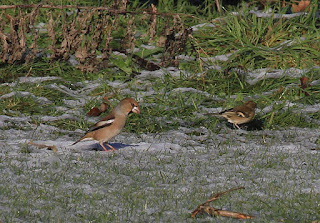 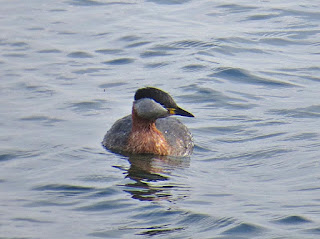 Very little to Blog about unfortunately. Birding, like the weather is a bit dull at the moment. Birds are largely staying put until their food source runs out. Haven't really got to grips with my County year list
Posted by bob duckhouse at 07:12 No comments:

Posted by bob duckhouse at 07:20 No comments: