A few more images from Cyprus 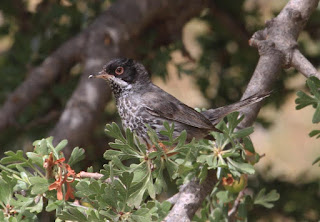 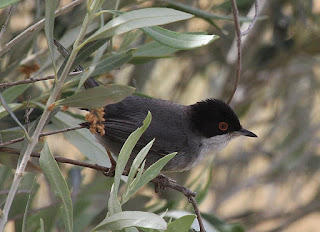 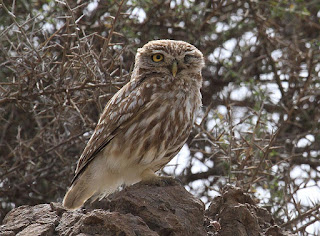 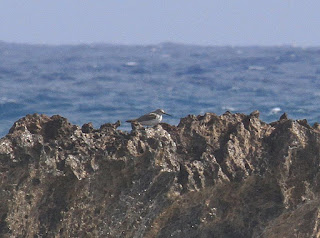 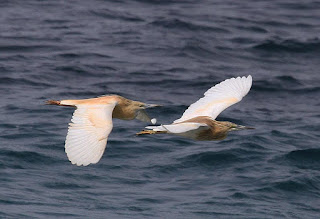 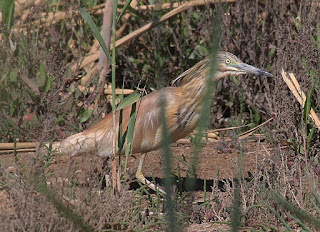 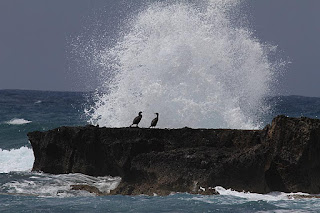 Shag in the Surf
Posted by bob duckhouse at 06:58 No comments:

Just got back from a trip to Cyprus. Not a birding trip but still kept the bins at hand just in case. In fact it was quiet as regards Birdlife. To be expected to some extent with migration petering out but it had also been a very dry winter with very little rainfall so all the usual rivers, and pools held no water at all. Several species were only seen where the irrigation equipment sprayed water over the Fodder crops.
I managed to get a few photograghs of some of the birds that were around. Best bird was probably a Greater Sandplover found on my adopted 'patch' just outside Paphos. Over the years the beach and crop fields behind have produced some excellent 'finds' including White tailed Plover, Collared Pratincole, Icterine warbler and a number of Tern species. 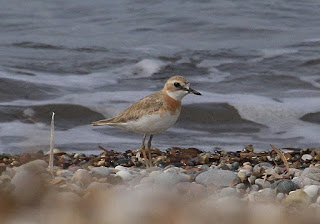 Much to my disappointment I missed out on an Amur falcon a rare visitor to the Western Palearctic. Very similar to Red footed falcons many of which were still around the Anarita Park area but no sign of the Amur falcon although I learned later that it was still around during the first couple of days of my visit. 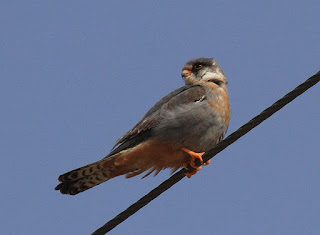 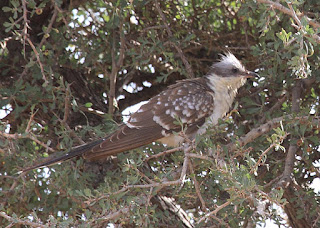 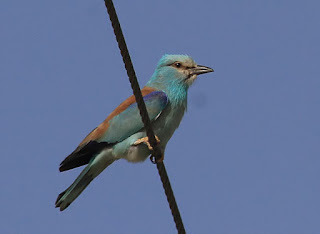 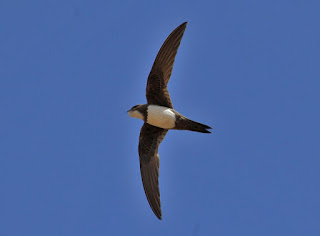 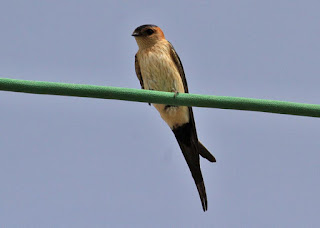 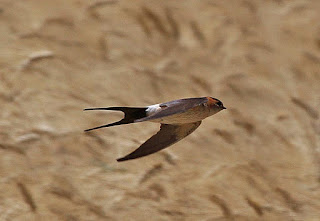 Red rumped Swallow
Posted by bob duckhouse at 15:42 No comments:

Enjoyed a visit to Brandon Marsh having found little of great interest at a number of local sites in the previous few days. Had some excellent views of a pair of Hobbies putting on a display in front of the Ted Jury hide.There was also a Greenshank there, a new Warks bird for the year.

Tuesday 10th May 2016
Something of a wader Fest at Brandon Marsh today with no less than 8 wader species. Star of the show in somewhat showy summer plummage was one of the two Turnstones. Also on East Marsh was a Knot and a Grey plover in rather less spectacular plummage unfortunately. Apologies for the lack of photographs, both of the waders and of the White winged black Terns at Draycote Water the previous day but couldnt be bothered to take my camera for some reason, it was quite refreshing to watch the birds properly.Visited Draycote again hoping to add more waders to the day's total despite the high water levels, but no luck. Did see a total of 23 Black Terns though with the two WWBTerns still present.
Posted by bob duckhouse at 11:43 No comments:

Posted by bob duckhouse at 11:23 No comments:

A few images out and about the Tame valley today 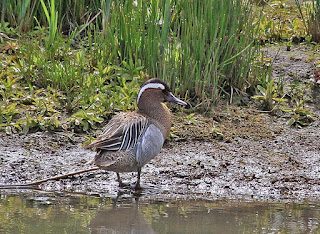 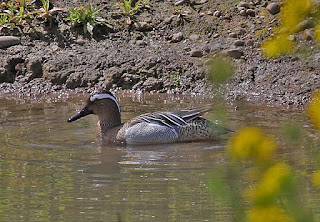 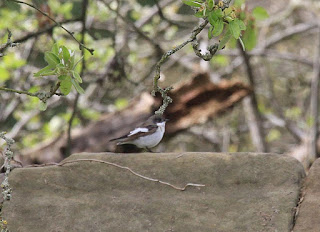 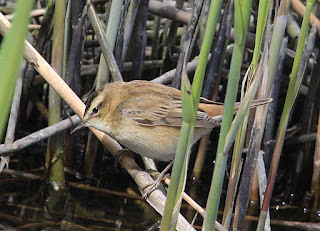 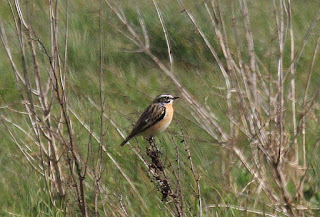 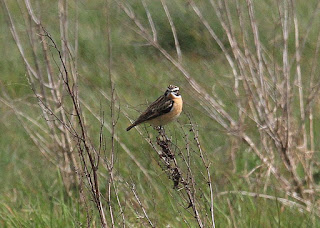 Posted by bob duckhouse at 12:34 No comments:

Just like the lyrics of the hit by The Who, I've been searching. And a fat lot of good its done me. Explored some likely new habitat but its been very quiet. The 'circuit' has seen a few more Yellow wagtails a lot more Whitethroats and the odd Lesser Whitethroat. Tree sparrows have been seen again on the Mancetter walk but after the excitement of the previous week there has been little of note. Took a look round Burton Hastings and then news of a Pied Flycatcher saw me heading for Ladywalk where the bird showed well after a frustrating and persistent downpour. In fact the heavy rain was to have a significant impact on my birding in the next few days. Today was a good example. started out with a daily walk around Caldecote. At last there was a Whinchat on the docks in the Anker flood valley. The rain was scheduled for midday so I decided to stay local and check out a report of a White Stork seen earlier flying west over Burbage towards Warwickshire. With the wind strengthening and rain setting in it may not have gone too far. I decided to check out the fields to the west of the A5. As I walked up Hydes Lane the heavens opened. It was then that I glimpsed a 'White Stork' by a pond partially obscured by trees. Not wishing to flush the bird I backed away to the shelter of my car. Soaked to the skin, I went home for a change of clothes and to put out the news. Imagine the horror on returning in bright sunshine of finding the bird was a plastic model. I tried to put out messages but some birders had already arrived. It wasn't a classic Schoolboy error, it was far worst than that. I can only apologise to my friends and fellow birders that did turn up.
Posted by bob duckhouse at 14:50 3 comments: