A few images of a Whinchat at Alvecote pools in the rain this morning. 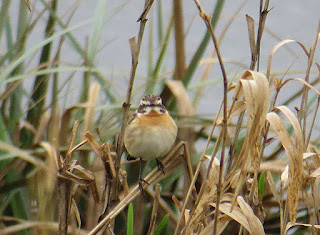 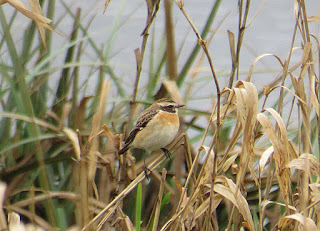 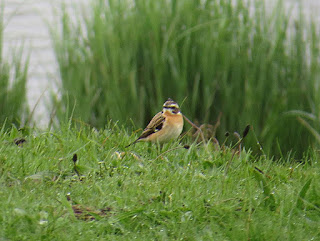 Whinchat
Posted by bob duckhouse at 09:31 No comments: 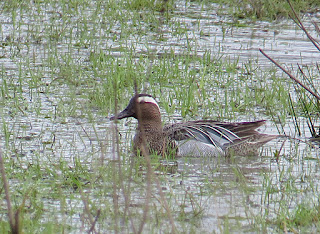 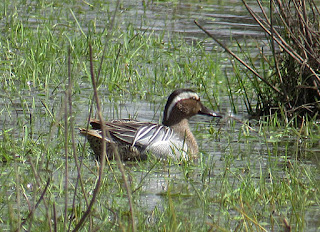 Garganey
Posted by bob duckhouse at 01:50 No comments:

The pace has clearly picked up with the improvement in the weather. A Curlew flew over Mancetter Quarry and Sedge warblers and Lesser Whitethroats were seen at Alvecote pools. In fact I'd seen several Lesser Whitethroats well before my first Whitethroat and I still haven't seen or heard a Willow warbler. Just not trying hard enough !
Did manage to see the well watched Ring Ouzel at Little Packington and Brandon Marsh held a drake Garganey today. Just up the road at Baginton Airfield was a cracking male Whinchat as well as another Wheatear. 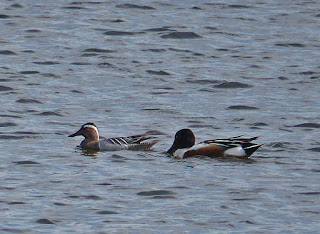 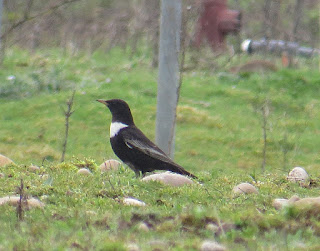 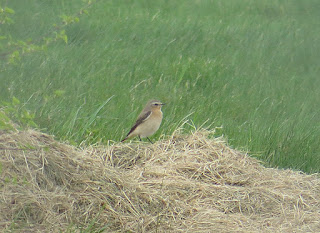 Wheatear, Baginton
Posted by bob duckhouse at 12:12 No comments:

The flow of migrants increases

Having been held back by a cold, wet early April the arrival rate of Migrant birds is picking up. Having said that there are still a great many species I have yet to see. Probably due to inertia on my part rather than any natural phenomena, and rather than try to remember those birds I have seen and the dates I saw them on just list a few of the more memorable sightings. The walk up the Quarry Lane hill has been unproductive until this morning when I finally saw my first Wheatear.
A trip to Brandon Marsh N.R. was good for the lingering Osprey while at Draycote there was an Arctic tern, and a couple of Common Tern while at Alvecote there were 2 Common Sandpiper and a Redstart. 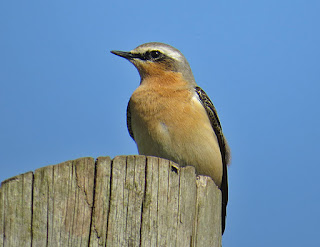 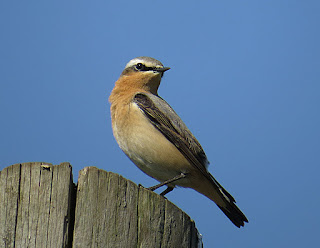 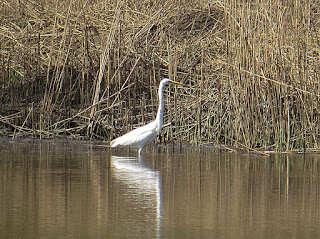 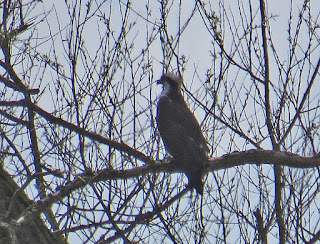 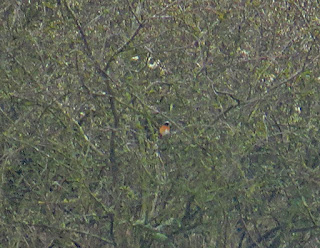 Redstart, Alvecote ( told you)
Posted by bob duckhouse at 06:59 No comments:

Largely uneventful week.Several sightings of Swallows back on local breeding sites plus first House Martin today over Mill pool, Alvecote. Bit of sun brought out this Fly spp to the garden. 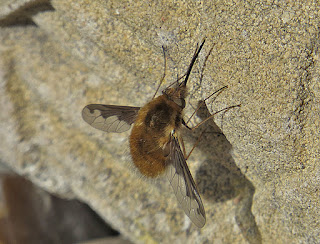 Posted by bob duckhouse at 12:05 No comments:

Posted by bob duckhouse at 08:59 No comments: