Wednesday 25th March 2015
The search for migrants continued at a variety of local ish venues such as Caldecote, Merevale, Shustoke,  Alvecote and Birchmoor. A single male Wheatear was at Birchmoor along with a flock of 40+ Golden Plover. A Tawny Owl was seen flying over the A5 at Caldecote early morning and another was heard calling in broad daylight near Baddesley Ensor. Also seen were 3 Little ringed plovers and Tree creepers were much in evidence at several locations. A few waders have begun moving through  Middleton Lakes RSPB, the most noteworthy being a Grey plover.
Posted by bob duckhouse at 03:56 No comments:

First of the year - always a pleasure

Tuesday 17th March 2015
Went to Ladywalk and had an eventful hour or so. From Riverwalk hide a Curlew could be seen and a Lesser Spotted Woodpecker could be heard in the distant line of Poplars. On the way round to investigate there was a Redshank on B pool. The Woodpecker continued to drum and was eventually located high up in the trees.

Saturday 21st March 2015
First birds of the day were a pair of Ringed plovers closely followed by a pair of Little ringed Plovers both on some rough ground near Coventry. There was a first Wheatear of the year at Baginton with a flock of 20+ Meadow pipits. It was also nice to see a Tawny Owl on the way back. 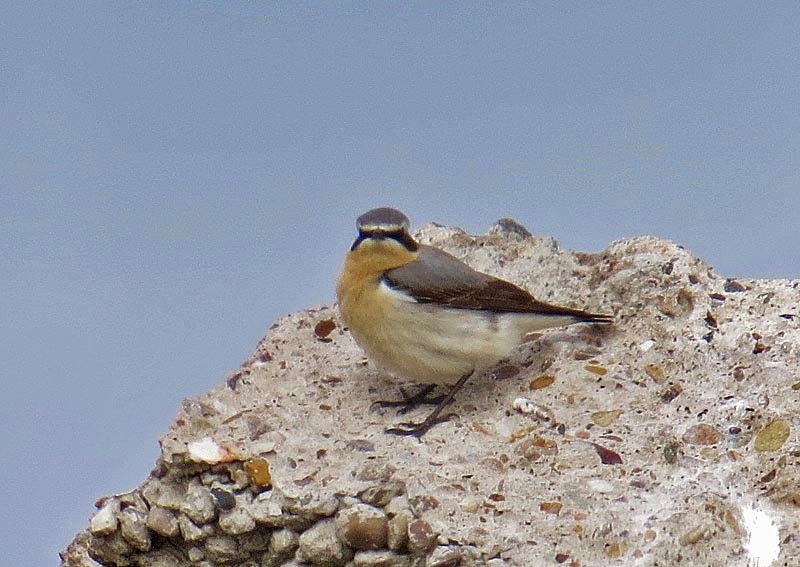 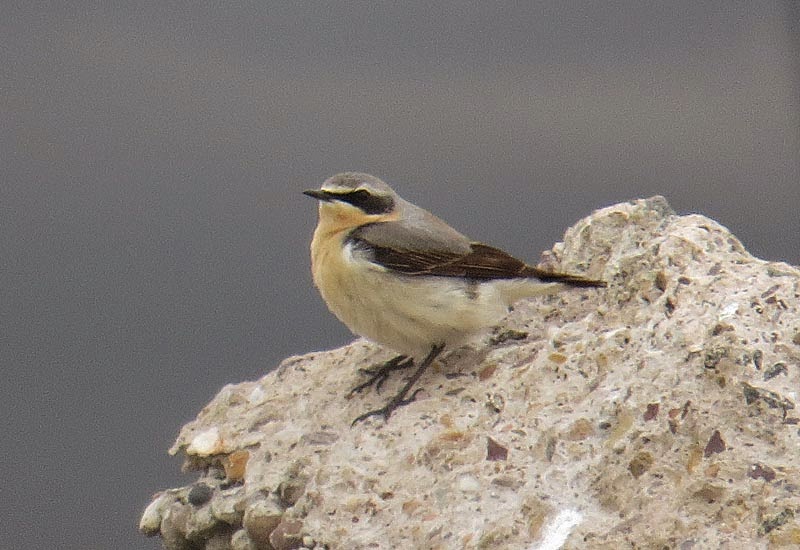 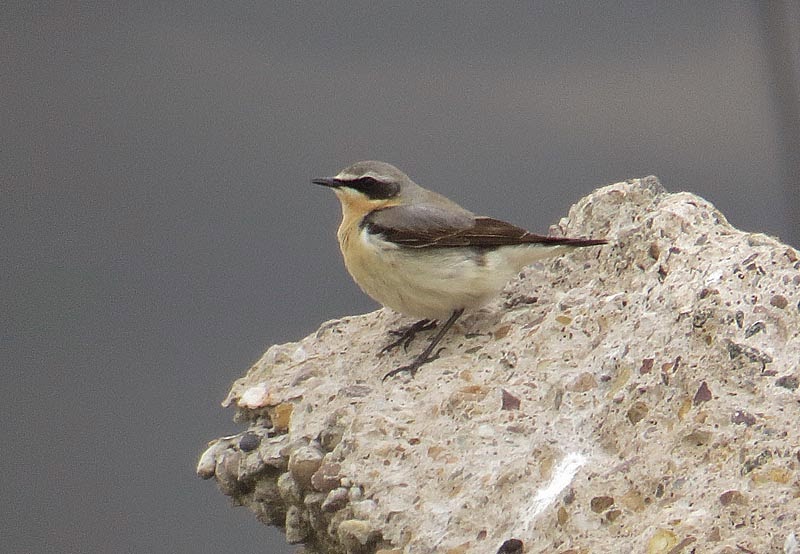 Wheatear, Baginton airfield
Posted by bob duckhouse at 09:50 No comments:

Friday 13th March 2015
There had been one or two reports of early migrants around the Midlands during the week so I dedicated the day or at least part of it to looking for early arrivals. Sand Martins seemed a good bet with the string  of wetlands in the Tame valley a likely place to look. Starting At Shustoke Res. and working North seemed like a plan. It proved a good plan with 11 Sand Martins skimming low over the water along the far bank opposite the car park. The next stop was the river bridge at Lea Marston, there were 40 Wigeon on the river bank near the bridge but little else of note. There was nothing at Coton so I moved on to Kingsbury Water Park There was nothing much on Bodymoorheath Water but at Hemlingford Water there were again 11 or so Sand Martin. Probably the same group I'd seen at Shustoke, moving north, but now flying higher with the sun breaking through. I moved on to the northerly pools of the Water Park where I met up with Steve C.,we spent a pleasant half hour or so seeing who could count the most Snipe on the islands on cliff pools. With the advantage of a scope Steve won with a total of 47.
A text from Steve H. told me that there was a Stonchat at the Sailing club at Shustoke. In my efforts to get an accurate count of Sand Martins I'd failed to notice the Stonechat on my earlier visit.Thanks to Steve I got the briefest of views this time.

Monday 10th March 2015
The plan was to visit Brandon Marsh and then move on to Draycote Water late afternoon for the Gull roost. It was such a pleasant day, birding anywhere would have been a pleasure. A pair of Willow tit was a welcome sight and with all the effort that's been put into putting up special nest boxes it is to be hoped the work pays off and Brandon becomes a stronghold for the species. I missed the Mediterranean gull which put in a brief appearance on East Marsh as I was on my way to Draycote and certainly no sight of the Bittern which is still there giving occasional flight views.
Draycote was quieter than I'd anticipated, although the cafe was doing a good trade. I had a cuppa myself before 'doing the Banks'. There was no sign of any  Sand Martins reported earlier in the day, but the Rock pipit was soon found on the rocks along Farnborough bank although it did spend quite a lot of time under the rocks reappearing briefly further along the bank. The highlight of the day was yet to come. As the sun got lower and the Gulls started to assemble I moved round to the wind surfing area to get a better view. Some hard core roost watchers were already in position and had already registered 2 Iceland gulls, a Glaucous gull and a Med gull. They put me on an adult Glaucous Gull and the adult Iceland gull wasn't too far away. The light was great and the gulls showed well. Of the long stayers, the White fronted geese and Black necked Grebe showed well as usual. I couldnt find the Med gull but I was happy with what I had seen. 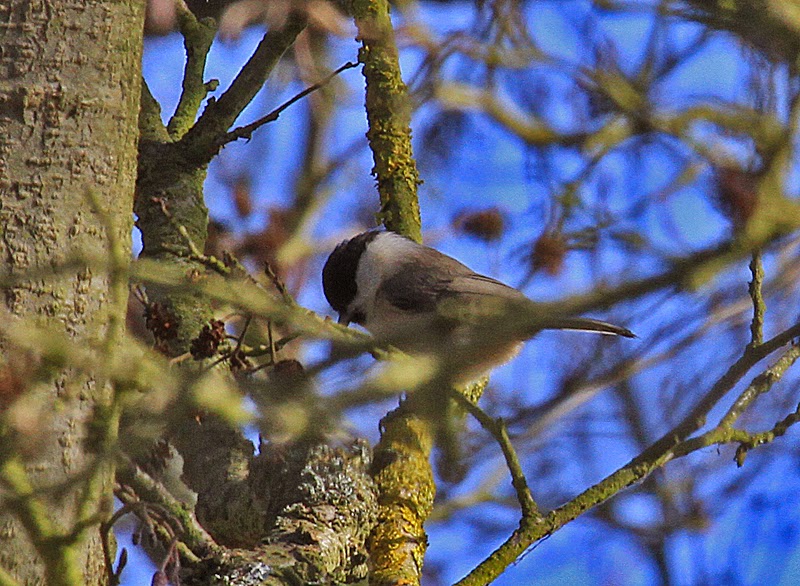 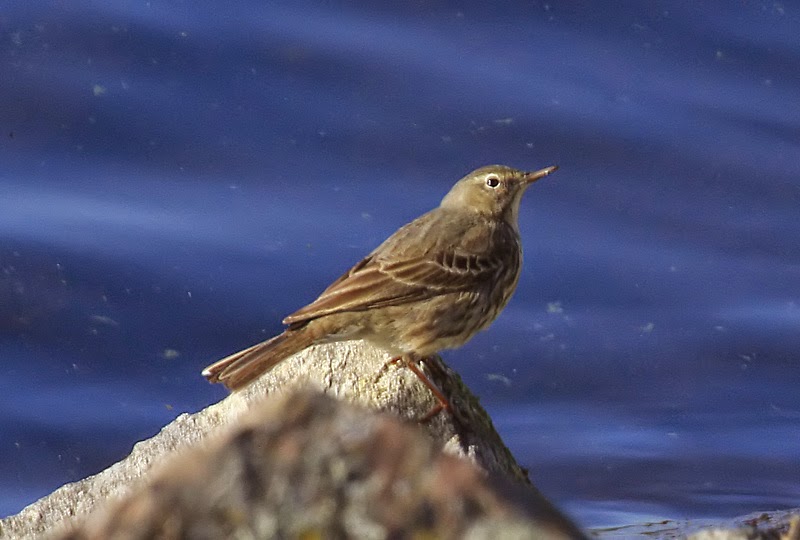 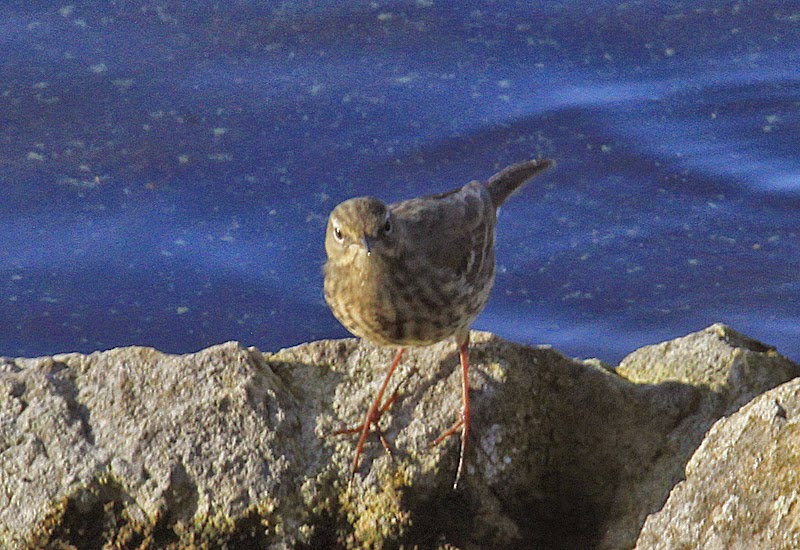 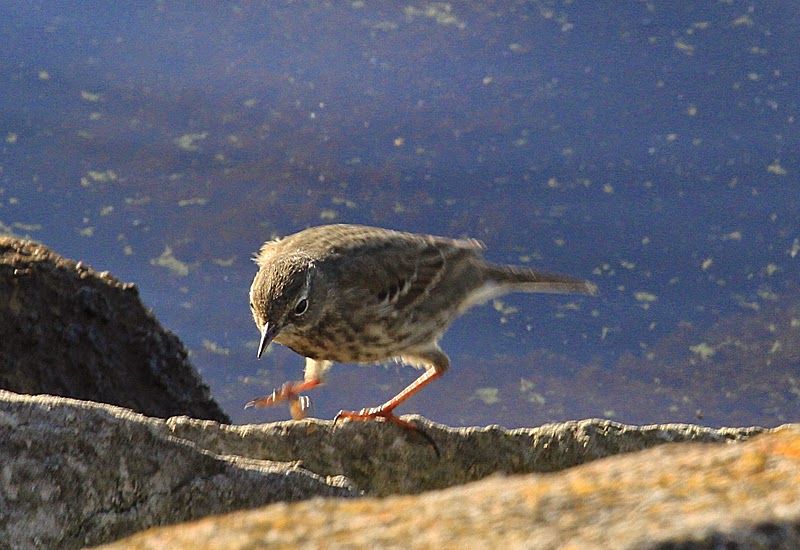 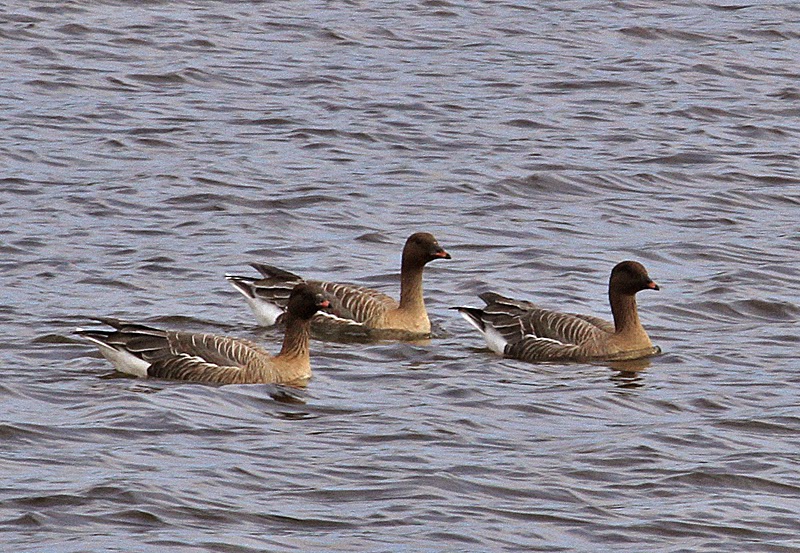 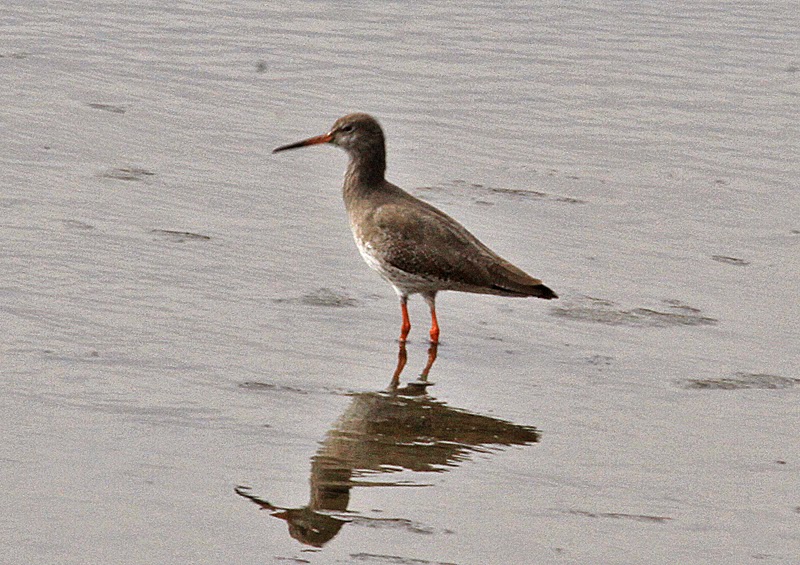 Posted by bob duckhouse at 10:05 No comments:

Nothing to write home about

Sunday 8th March 2015
What a difference a week makes, something to lift the spirits on the Sporting front (except the Cricket) but a generally quiet week birding wise. The highlight was probably the drake Mandarin at Ladywalk, as I was lucky enough to see it on the water rather than partially hidden under the Willows on the far bank but unfortunately didnt have a camera with me at the time. There was also a Green Sandpiper on pool B. I also got good views of the presumed Siberian Chiffchaff at the Sewage outfall channel, Hams Hall, earlier in the week. There was a Stonechat taking advantage of the clearance of vegetation from the islands on Cliff pool.Kingsbury W.P. with a maximum count of 7 Little Egrets on the same pool. Various Goosander were dotted around the Tame valley sites that I visited and much the same story on the patch. Still a flock of 100+ Fieldfares  and a small flock of Chaffinches but the Stonechat seems to have moved on, so as I said, a quiet week.
Posted by bob duckhouse at 08:26 No comments:

Some you win, some you lose.

Overdosed on disappointing Sports' results over the weekend I'm afraid. All 'my teams' contrived to lose; that's England twice and the Villa. Sort solace in Birding but with strong winds, rain and even a smidgen of snow birds have been keeping low, but there have been a couple of highlights. Not least a Marsh Harrier flying N.E. over Coton. I was in company with Dean Baker when the bird virtually flew over our heads. It was clearly a Harrier but as it continued to fly away from us we hoped it would turn to give better views and confirm our initial impression of Marsh Harrier. It didn't. The only other birds of some note during the week was a Peregrine over Kingsbury Water Park and a Tree Sparrow in Riverside hedges between Mansetter and Woodford Lane. Numbers of Chiffchaffs have decreased around the Woodford Lane bridge area but Goldcrests are still plentiful.
Posted by bob duckhouse at 12:07 No comments: