Managed to get decent views of a single Hawfinch feeding, although I did have to travel a few miles into Leicestershire to see it. To Burbage Common to be exact. The Hawfinch was feeding in a Maple tree. 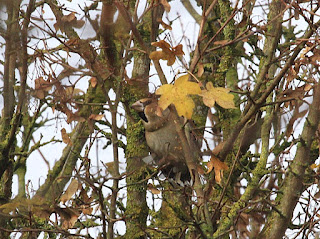 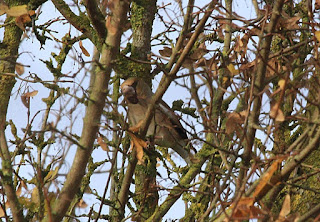 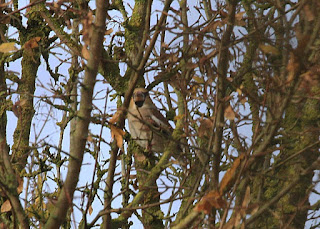 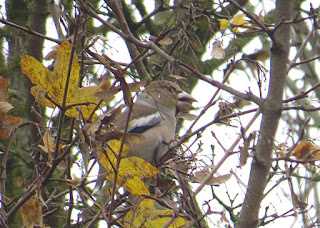 Hawfinch
Posted by bob duckhouse at 08:51 No comments:

'That was the week that was'

A week when things got back to normal even though Hawfinch mania was still in vogue. Desparate to see birds 'perched up' rather than just flyovers, not that I wasn't delighted to see flyovers at Hartshill, I've spent the week searching any local spot that looked promising but all to no avail. The highlights of my week have been 3 Stonechats at Caldecote and the dance of the 13 Pied Wagtails at Bentley Wood. The latter was an interesting spectacle. The birds jumped up from the ground in a field of Corn stubble usually about 4 feet, presumably after insects. It was more like the ritual dance of some bird of paradise. The first and probably only pair of Fieldfare in the garden apple tree was a good end to rather a disappointing week.
Posted by bob duckhouse at 02:03 No comments:

Posted by bob duckhouse at 01:55 No comments:

Warwickshire on a roll.

As the events at Draycote became history, the new month began with something of a bang as far as Warwickshire Birders were concerned. How much more excitement could we take? Compensation some would say for the hours of searching in a very landlocked county for little reward.So when first a Dartford Warbler was found with Stonechats at a reserve between Coventry and Leamington and then a Lesser Yellowlegs was seen at a sensitive site near Maxstoke it was time for some celebration.
Although not up to the standards of the previous day Draycote did attempt something of a comeback with Long tailed Duck and Common Scoter the next day. Unfortunately not quite in the same league as Rutland Water with its Cory's Shearwater but than perhaps size does matter when it comes to Reservoirs. 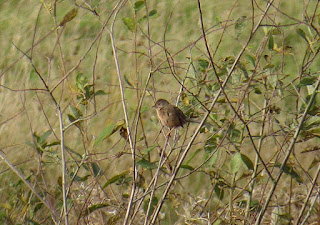 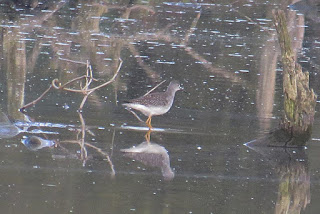 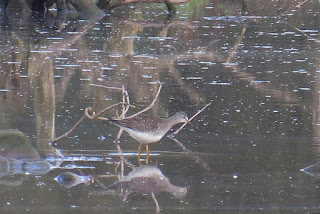 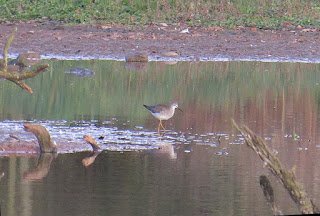 Posted by bob duckhouse at 10:05 No comments: