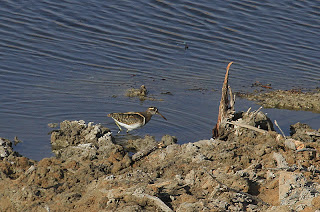 Painted Snipe﻿
The day started with an early morning look at some ponds around the edges of Lake Nasser close to the town. The start of a Mega day's birding. At the ends of the shallow pool we started to pick out a number of waders; Wood Sands, Temminck's Stint, Ringed plover, Little Stint and Black tailed Godwit and a unfamiliar plover.  Three banded Plover is at the extreme northern edge of its range at Abu Simnel so is an excellent find. No sooner had everyone had good scope views before someone found a Painted Snipe out in the open, feeding along the shoreline. Outstanding. Other birds as we made our way back included: Yellow billed Black Kite, Rock Martin and Lanner. 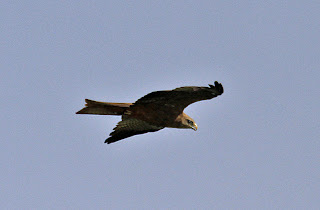 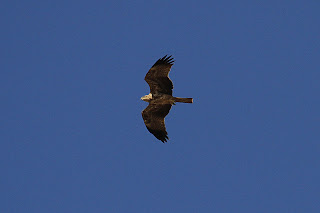 Yellow billed Black Kite
The remainder of the day involved a boat trip on Lake Nasser. Extending so far south into Sudan the Lake has a good record for 'African' species but with such a vast expanse of water and so many islands a good deal of luck was required to find them. We saw White Stork and Spoonbills before closing in on a rather grey looking Stork, in fact a Yellow billed Stork. As we moved between the islands we came upon a large group of Terns including some larger dark winged individuals. The boatman manouvered so that we could get on to the island without disturbing the birds. Through our scopes we got excellent views of the 14 African Skimmers amongst the Gull billed, Marsh terns and waders. It was in checking out waders that the group not only found another 3 banded Plover but also our first Kittlitz's plover. What a place. 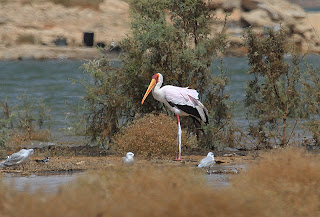 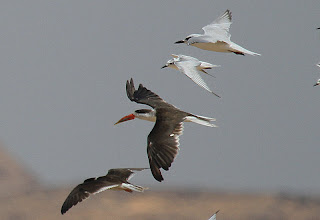 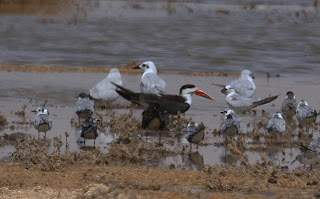 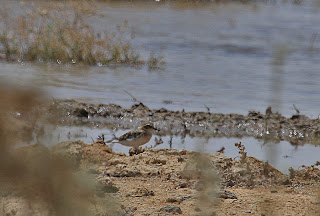 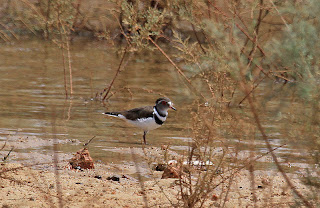 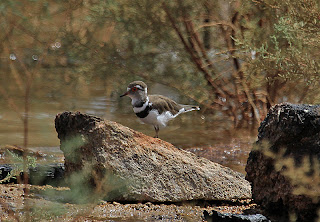