Saturday 18th May 2013
Seems a long time since my last 'twitch' so the opportunity to have a look at the Dusky Thrush which had taken up residence in Margate Cemetry in Kent was not to be missed. The journey down was uneventful but a Ring necked Parakeet sighting as we approached Margate brightened things up. It wasnt difficult to locate the bird in the well wooded Cemetry. There were a hundred or so birders looking at it. The bird would stay motionless in a tree from some time partially obscured by foliage but then moving to a more open location even allowing a few photos. On the way back we dropped in to Rulculver marshes. A female Montague's Harrier had been quartering the marshes and it wasnt long before the Monty's gave some excellent views. For once my camera was back in the car. A marsh frog and a couple of Marsh Harriers also showed well on my first visit to Reculver. So an interesting day, many thanks to Steve Lister for his company and to Dave Abbott for driving. 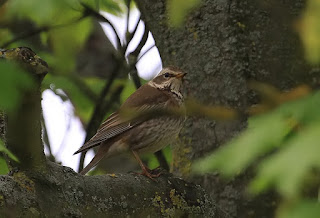 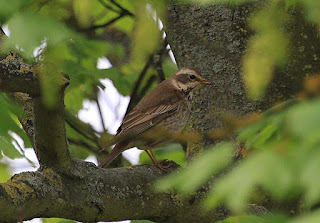 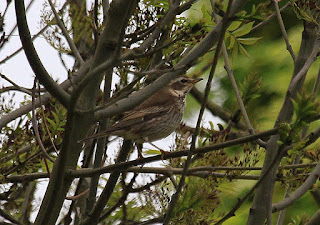