Tuesday 11th March 2014
I started the days Quest scaling the Picadilly Heights, an ex slag heap next to the Picadilly freight Terminal. Found the odd migrant there in the past but today a few Meadow pipits, 3 pairs of Skylarks and a Green Woodpecker. At Coton there were a few Chiffchaff in the trees but little else. Cliff pool, Kingsbury Water Park was similar with very little on the pools but a couple of Chiffchaff along the path. By the time I reached Middleton Lakes it was a beautiful afternoon and a joy to be out and about. At first the northern pits looked pretty quiet with just a couple of Shelduck, 2 pairs of Oystercatcher and a multitude of Black headed Gulls. A pair of Redshank brightened the scene before a flock of 17 Dunlin took to the air before settling again on one of the many shingle spits. It was a very pleasant late afternoon viewing from one of the screens and bodes well when wader passage is in full flow. To finish off a single Curlew flew over and dropped into the northern pit. 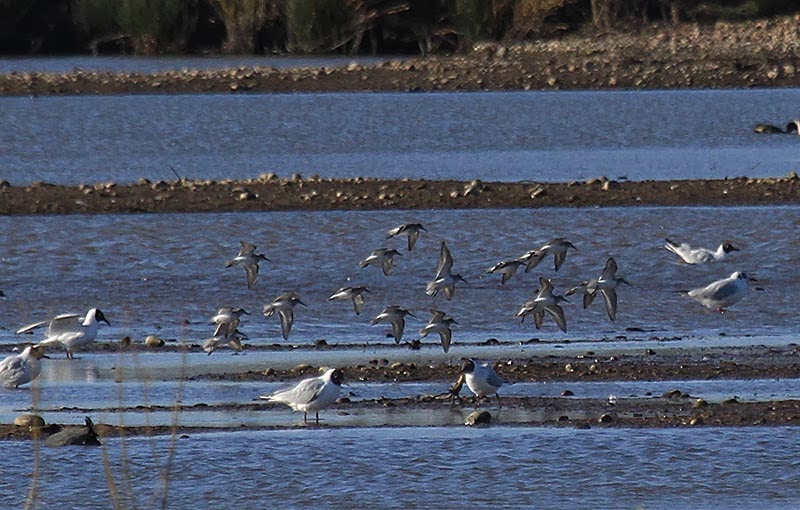 Part of the flock of 17 Dunlin at Middleton Lakes RSPB 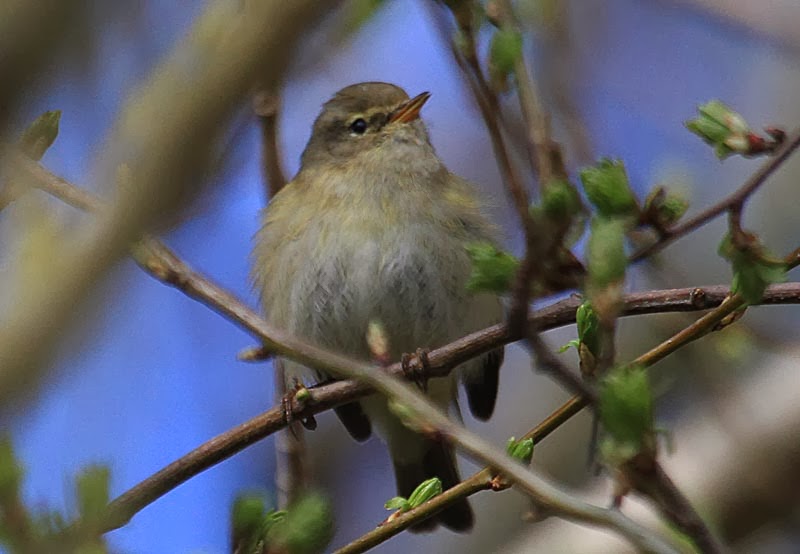 One of many Chiffchaffs seen in the Tame valley today
Posted by bob duckhouse at 12:49