Not much to report on the local front but events further afield have been interesting to say the least. Just over a week ago news of an Amur Falcon at Lands End had the pulses racing. A call from John H. was very welcome and we were soon off, reaching Cornwall by daybreak. We scanned the distant trees, hedges and wires in the area where the bird had been presumed to roost. It came as a relief and something of a shock when someone said the bird was, in fact just a few yards down the road from where we had parked. Sitting in  roadside vegetation. 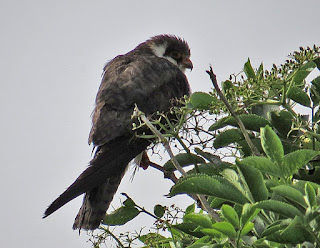 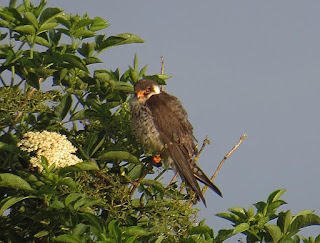 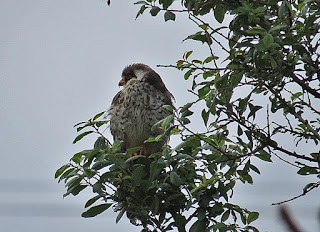 Then it was off to Madeira with my dear wife. Somewhere we had never been before with the chance of a couple of W.P. ticks. To increase my chances I booked a half day trip to the Laurel forest with Windbirds. Cracking views of Madeiran Firecrest on the Levada walk but the Trocaz pigeon was more wary. Hotel balcony birds included: Pain Swift, Yellow legged Gull, Common Tern, Sandwich Tern, Atlantic Canary, Blackcap and Cory's Shearwater. 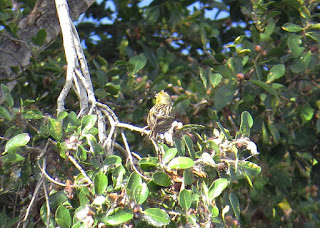 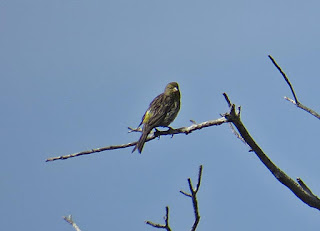 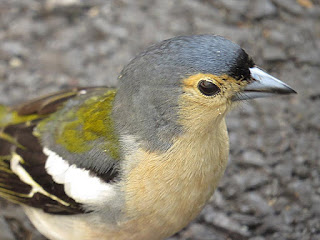 Chaffinch
Posted by bob duckhouse at 12:56