A stroll round Shustoke Res. 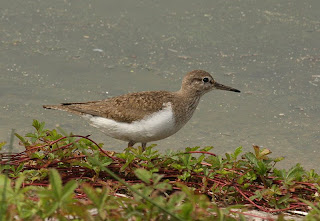 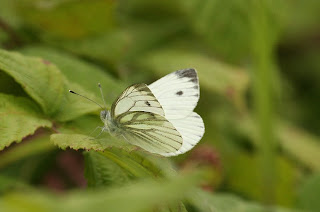 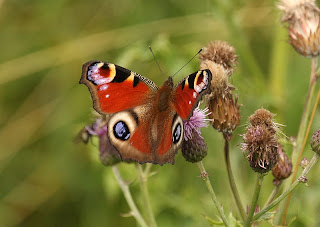 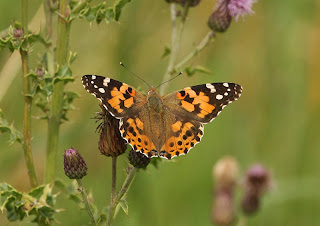 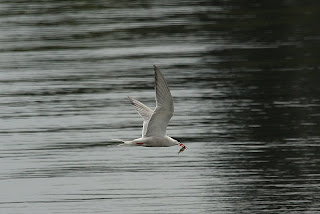 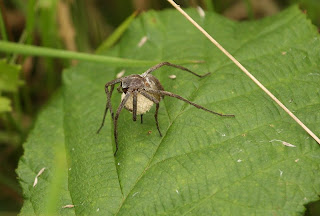 Not sure what's going on here - something is being eaten or being laid ! 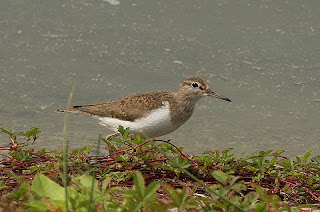 Thursday 6th August 2009
On arrival at Shustoke I decided to walk in an anti clock wise direction a) because it would get me to the end I wanted to be and b) because most of the dog walkers choose to walk in a clockwise direction for some reason. If you are walking in the same direction you have to walk quickly to get past them and leave them behind, which if youre looking for things isnt good or you crawl along at a snails pace to let them get ahead, but then you're caught up by the next one. It was a good decision anyway, the folks I met on the way round were pleasant, the dogs were well behaved and the sun shone.There were butterflies in the meadow and thanks to Andy Hales's telescope 2 Garganey on the res. A Common Tern was finding plenty to eat and a Common Sandpiper trotted round the waters edge. Pastie and coffee for under £2 from the Post Office in Whittaker Heath and a quick look in at Coton. Then it was fantasy birding time, as I sat in the car at the gate a bird caught my eye in bushes next to the gate. Having stowed my coffee and found my bins I got on the bird now on the fence. Strike me down if it wasnt a Hippolais warbler lookalike. Steep forehead, long bill, darker plummage than a reed warbler. The bird moved out sight. I spent the next 20 minutes looking through the Sallows in the marsh and next to the water but predictably there was no further sign of the mystery bird. A couple of Whitethroats and a Garden warbler was all I could manage. Nothing else to report on the pools either I'm afraid.
Posted by bob duckhouse at 08:48