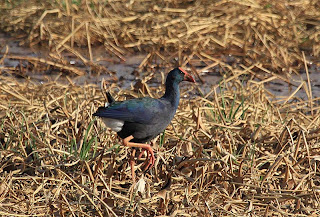 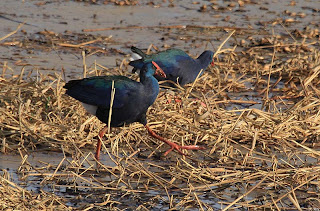 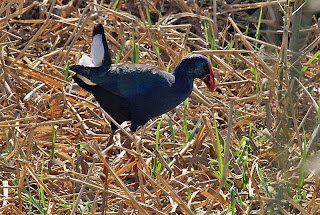 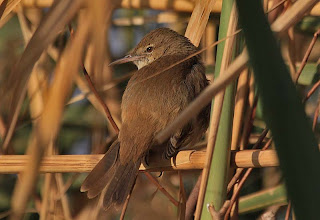 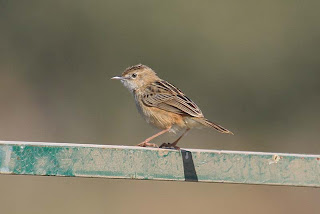 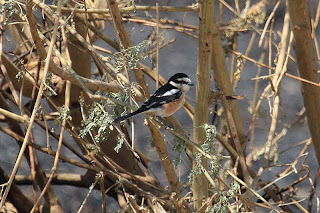 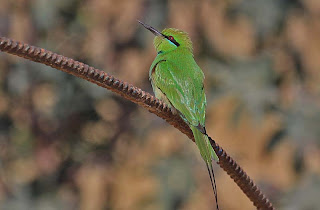 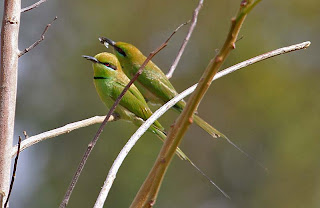 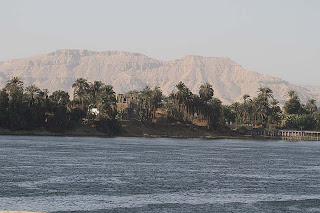 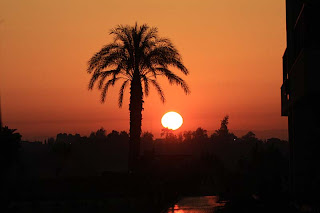 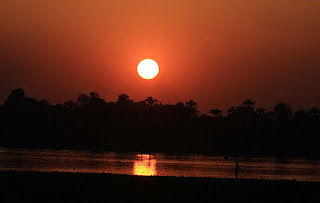 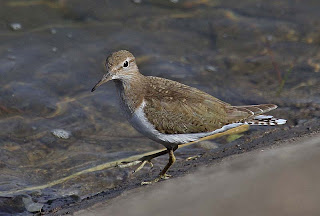 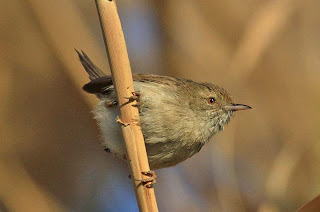 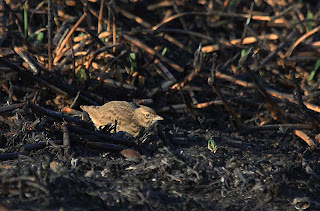 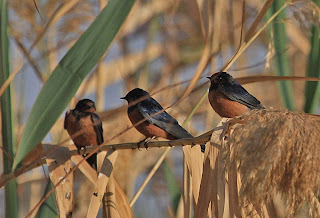 After the first couple of days the weather settled down to warm sunny days and cool star filled evenings. The hotel kept up a constant battle against Mosquitoes with regular 'dustings' of chemicals/smoke around the borders and hedges. Trouble was it eradicated other insects as well I only saw 3 Butterflies and one Moth despite the number of plants in flower. There must have been some insect life however, providing food for the birds and the 3 huge Bats seen on the last evening. Walks round the island continued to produce new birds; a small flock of Red Avadavats were eventually found out in the open as were several Purple Swamphens in areas where the reeds had been cut or burnt down. River watching proved a fascinating way to relax with the continual movement of birds and boats of all shapes and sizes. Large rafts of Coots were a regular feature as were smaller numbers of Wigeon, Teal and Gadwall. The odd Eygptian Goose flew up river, a pair of Glossy Ibis and small numbers of Gull billed and Whiskered Tern were also seen. A few wader species were seen on the river bank or on the small pools exposed where the reeds had been removed. A few Black winged Stilts, single Ruff, Common Snipe, Common Sandpiper, Wood Sandpiper and Greenshank were also seen. Warblers were represented by Chiffchaff( numerous), Sedge warbler, Clamorous warbler, Sardinian warbler, Savi's warbler - heard only, Lesser Whitethroat and Fan tailed Warbler. For a non birding holiday the list was getting longer by the day. Other noteworthy birds included; a flock of several hundred Spanish Sparrows, Crested Lark, Short toed Lark, 'Eastern' Stonechat, Masked Shrike, Black shouldered Kite, Sand Martin, Crag Martin, Northern Wheatear, Sparrowhawk, Marsh Harrier, Little Bittern, Graceful Prinia and Turtle Dove.
Posted by bob duckhouse at 02:11