American waders on the South coast

Monday 23rd June 2015
When Julian Allen rang and suggested a day's birding on the south coast I jumped at the chance. I'd seen the three waders on offer before but only once and many, many years ago. In the event the Terek Sandpiper didnt linger but the two long staying 'yanks' were still around. Trouble was, 'around' covered quite a lot of esturine habitat (if thats a word) It was a question of being in the right place at the right time. Julian had it sussed. Go for the Greater Yellowlegs first at Titchfield Haven and move on to Pagham later, an hour or so before High tide. The plan worked a treat. The Greater Yellowlegs flew in just as we settled in at Suffern hide giving excellent views. We had plenty of time to wander round the rest of the reserve and see what else we could find. Avocets almost outnumbered Black headed Gulls and had clearly had a good breeding season judging from the number of chicks on the reserve. After coffee and cake we drove on to Pagham harbour. The tide was now coming in quite quickly and we scanned the mud banks of the estuary with 8 or 10 other birders. We scrutinised several Whimbrel until we picked out one with a much more striking head pattern than the others. Finally it flew in reasonably close to confirm it was indeed the Hudsonian Whimbrel we had been looking for. So 2 out of three targets seen very well. We had had a good day. 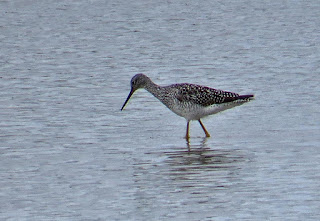 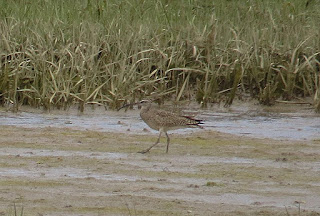 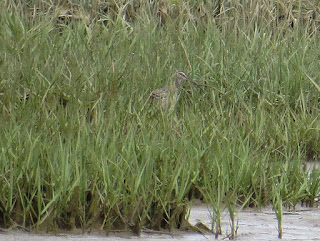 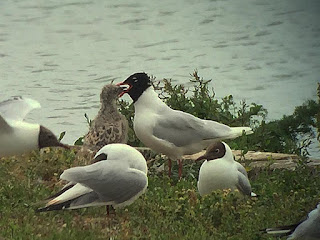