A bit of Ruff

Stretched my legs a bit further afield yesterday with a visit to Draycote Water, and very pleasant it was too. Not too many folk about so a gentle stroll around to the valve tower and back produced a Ruff, 2 Dunlin, 4 Common Tern and a Common Sandpiper although there were at least 4 scattered around the Res. I understand. Met up with Bob Hazel for the return leg. In the afternoon it was back to the local patch at Caldecote.There were the usual Buzzards and good numbers of Robins with a couple of Chiffchaff 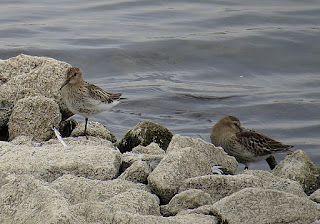 Dunlin
in the bushes but little else, although 4 Swifts were seen over the river. 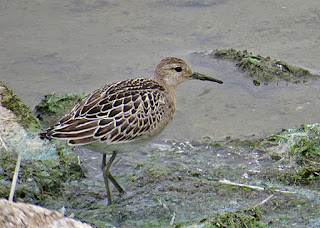 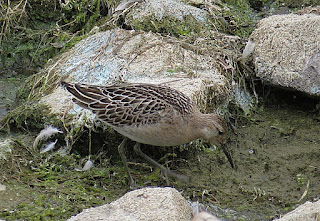 Ruff
Posted by bob duckhouse at 01:40