The Quest for the Small Button-Quail - June 2016

After a 2 hour delay, due to a French industrial dispute, our group of 6 finally took off for Marrakesh. The knock on effect of the delay was that our Mini bus was cancelled and arrangements had to be made to get a replacement.While this was done we watched House Buntings, Common Bulbuls and Morocco 'type' White Wagtails around the terminal buildings. We eventually headed North east to the town of Ifrane with its almost Alpine atmosphere in the Middle Atlas mountains. The next day saw us driving up the heavily wooded hills. Our first stop produced a good number of species straight away: Woodlark, Hawfinch,Short toed Treecreeper, Rock Bunting and Cirl Bunting but our main target bird the Atlas Flycatcher took a bit more effort but we were eventually rewarded with some excellent views. We moved on to a plateau in the hills where we saw Seebohm's Wheatear and Black Kite. A further stop produced Roller and Hoopoe. It was a long drive South to the resort of Oulidia where we were to spend the next 3 nights. The journey was broken though with birding stops and stops for refreshments. At one stop we saw a colony of Lesser Kestrels in some old farm buildings. 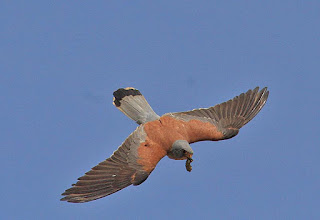 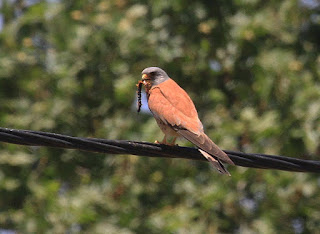 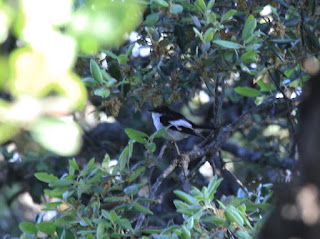 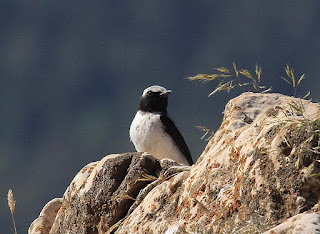 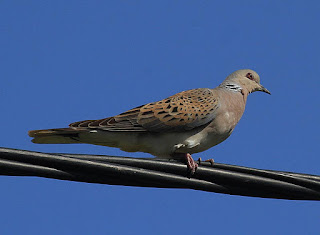 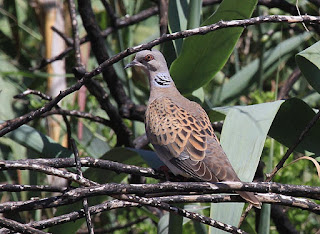 Oualidia was to be our base for our search for the Small Button-quail.One of the most difficult birds to see in the Western palearctic region.
Posted by bob duckhouse at 05:32