Ending up in Cornwall

Week ending 10th Sept. 2016
Sorry about the backlog. I'll try to summarise whats been going on during the week. Kept up the watch on local sites with mixed fortunes. At least 3 Spotted Flycatchers were in the 'Orchard' near the Anchor pub but no camera and no sign the next day. A Whinchat was at Alvecote. 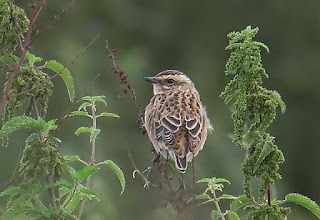 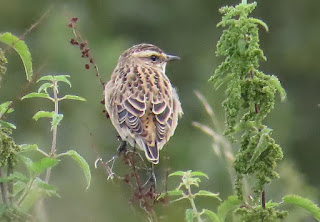 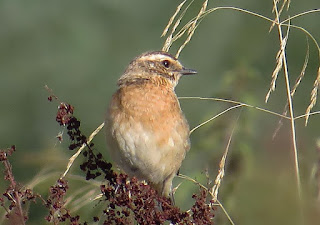 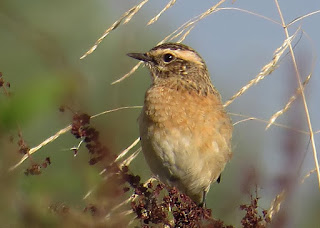 When the opportunity arose for a day in Cornwall I jumped at it. I met up with Pete Forbes in the early hours and we ventured forth. The drive through the lanes of North Warks. was interesting with good sightings of Fox, Badger, and Polecat.
In Cornwall our first stop was to try and see the Dalmation Pelican which has taken up residence at Loe pool on the seaward side of Helston. Our first visit was unsuccessful despite a search of the various bays of the former estuary. We moved on to Perranuthnoe where we had no trouble finding a Hudsonian Whimbrel in company with 2 Bar tailed Godwits. 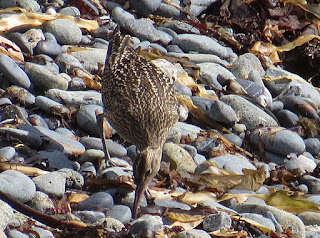 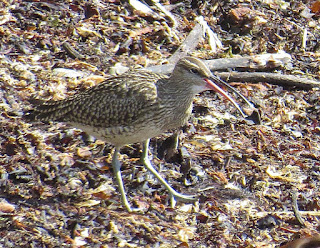 As we got back to the car we had an unexpected bonus when a Honey Buzzard and 3 Common Buzzards flew over. It was turning out to be a good day after all. We decided to have another look for the Pelican taking a different path to a more sheltered bay. We found the Pelican asleep on a small island only occasionally being aroused to show itself properly. 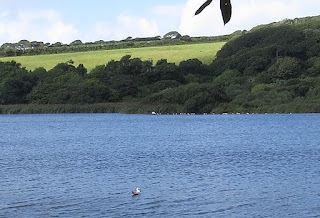 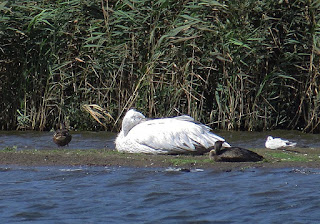