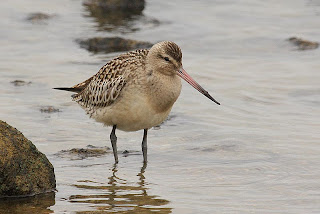 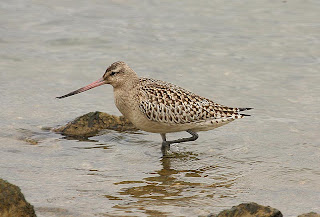 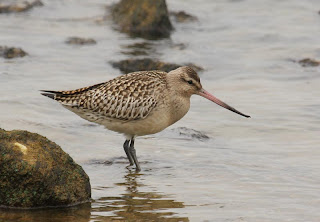 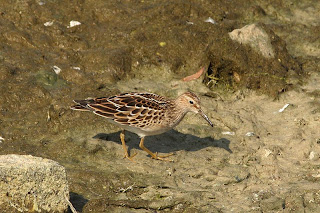 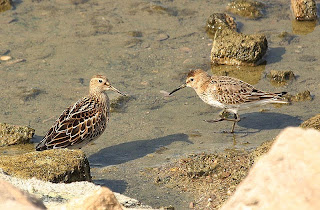 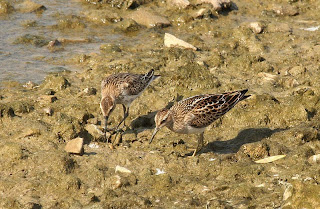 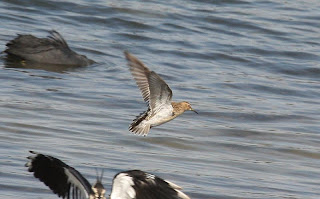 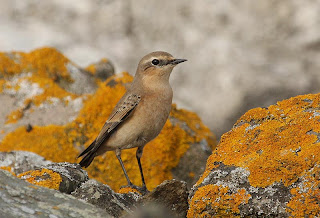 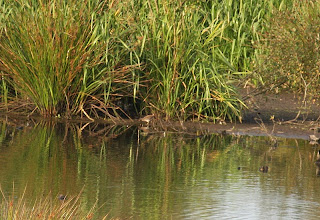 Friday 18th Sept. 2009
Living half way between Draycote water and the Tame valley, its often a toss up as to which one I go to for a days birding. Draycote is the more likely to turn up a wider range of species but the Tame is a more peaceful day with always the chance of a good raptor or owl with the north end in particular attracting wader species. On Friday I went for Draycote, I started in Toft, the Pectoral Sandpiper and 2 Dunlin were in exactly the same spot as 2 days before. A Bar tailed Godwit was a new bird though spending most of its time asleep on the shore near the Windsurfing area ,and there was a sizable flock of Meadow pipits around the inlet area. There were also a fair number of Yellow wagtails about and a single Wheatear.
Returning to Toft I was disappointed to find virtually all the fishing boats concentrated in Toft. It didnt seem to worry the few waders that were there but Severn Trent have got to sort out their policy on conservation. Its all very well having glossy brochures with pictures of Kingfishers but it really just a front as I dont see any evidence at Draycote at least, that they are trying to preserve habitat and promote the well being of Wildlife.
I went home but as I started to indicate to pull into my house I got a text from Tom and a phone call from Steve Cawthray telling me there was a Spotted Crake at Ladywalk, I cancelled the indicator and kept going. When I got to Riverwalk hide Steve Haynes and Steve Cawthray were there scanning the edges of the shallow pool to the right of the hide. The bird hadnt been seen for nearly an hour so I was very lucky when it emerged from behind the vegetation to feed in the open shortly after I arrived. So a good day with good birds at Draycote and in the Tame valley.
Posted by bob duckhouse at 23:58