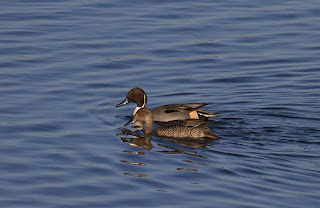 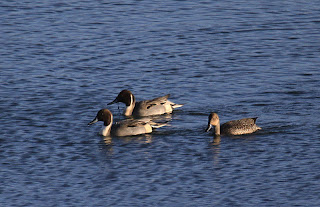 Pintail, 3 of the 4 birds on site today 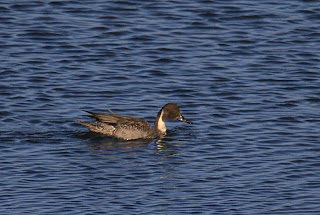 Pintail, a rather scruffy looking 1w 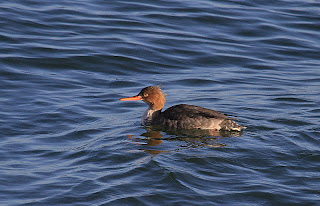 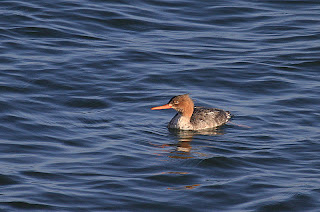 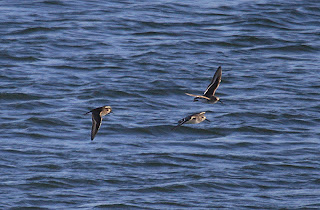 Monday 12th December 2011
Visited Draycote Water this morning. Despite the almost cloudless skies and light wind there were very few visitors around. I was joined by Francoise complete with bicycle, camera and off-piste skiing jacket, along Hensborough bank. She spotted a pair of Pintail straight away. Other Draycote regulars were in fine form as Bob and Keith had located the female Red breasted Merganser on Draycote Bank. I did manage to locate 4 Dunlin for myself, which were flying around with a flighty flock of Lapwing but Bob ended up Top birder for the day with a female Common Scoter on the opposite shore from the Sailing club.
Posted by bob duckhouse at 10:41