Wednesday 23rd May 2012
I always enjoy a day at Cannock Chase in the spring. It provides the nearest habitat to me for many wood and heathland species associated with the mixed woodlands further west into Wales. Tree pipits were abundant around the stepping stones area but the other usual migrant birds proved more difficult to pin down. A pair of Pied Flycatcher were prospecting for possible nest sites but had to contend with the attentions of a Great spotted Woodpecker also looking for likely sites. Spotted Flycatchers, recently arrived stayed high up in the trees and several pairs of Common Redstart were also seen. It was disappointing that no Wood warblers were seen or heard. Other species seen included Woodlark, Cuckoo, Sparrowhawk, Mistle thrush and Raven. The highlight of the day though was not a bird or the Latte at the Garden centre it was a Common Lizard which showed well near the path to Seven springs I cant remember having seen a Lizard before in the UK. 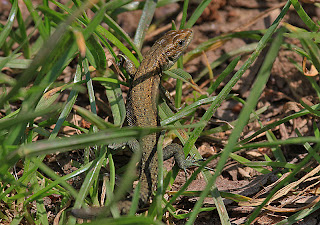 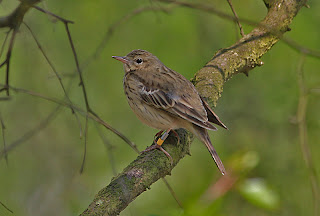 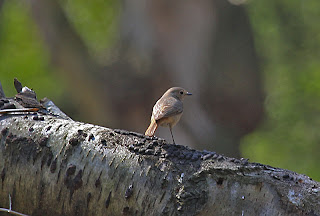 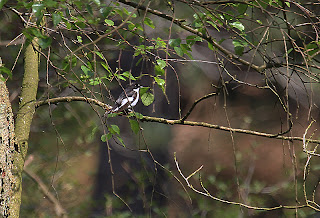 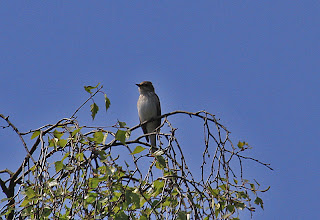