Scaup and other Aythya ducks

Sunday 24th March 2013
There seems to be some debate about the identity of the drake Scaup currently wintering at Ladywalk N.R. I must admit I was 'happy with it' but then I was more concerned about getting a decent photo than checking the fine detail of the ID. The problem seems to be the extend of the black on the end of the bill. I've included some previously unseen photos of this and other Scaup seen mainly in the Tame valley over the past few years. 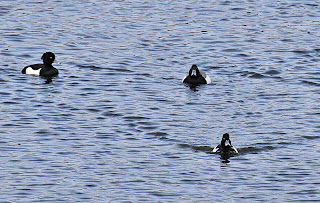 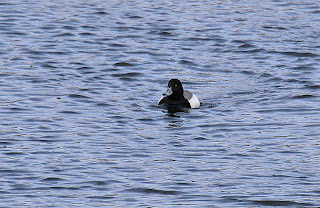 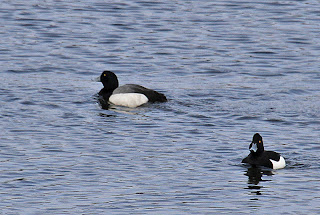 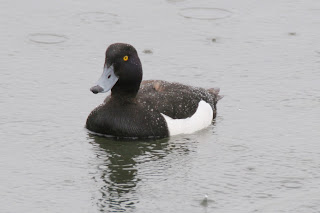 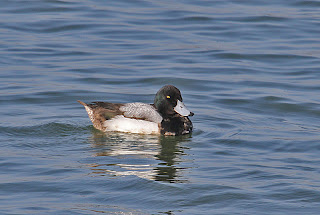 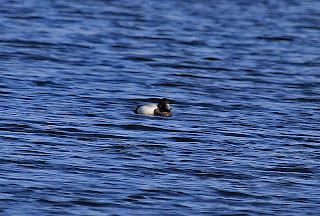 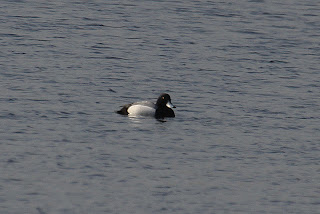 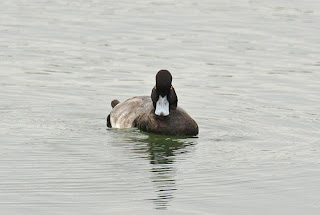 Lesser Scaup, Oct 2009
I'm not sure these images help in any way as many of them are quite distant, but the different angles do give a different impression of how much black is involved in the bill tip. ﻿
Posted by bob duckhouse at 08:16