Monday 19th August 2013
The day started with a look round 'the bushes', part of the Caldecote walk between Hartshill and Atherstone. The only migrant seen was a Painted Lady butterfly. 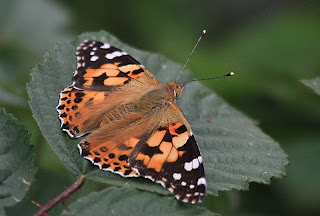 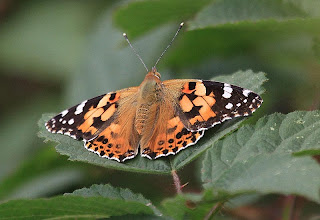 Painted Lady
The next stop was Alvecote pools. It turned out to be a brief visit. Roy had already been round and seen nothing, although yesterday......  A herd of cows were close to the stile, the cows themselves didnt bother me but the tiny flies which went with them did. How the hell something so small could have such a big bite. So that was Mill pool done and dusted. As I wasnt having much joy with my migrant watch  I decided to go for broke and have a look round Sutton Park at least part of it that had been productive in the past. Almost straight away 3 Wheatear were seen but it took a bit of a walk to find a Whinchat perched up in the Bracken with several Common Whitethroats, a Spotted Flycatcher and a Lesser Whitethroat in the same area. No sign of any Common Redstarts though. 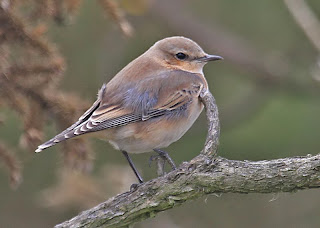 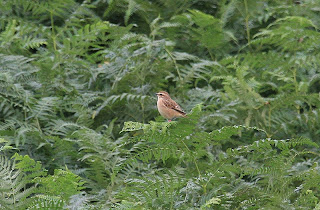 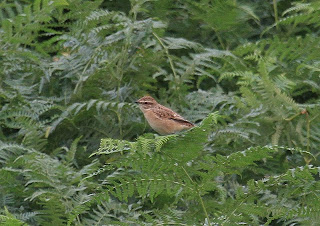 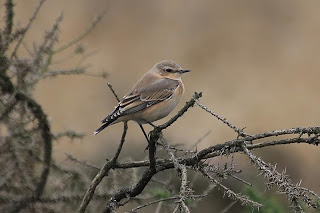 Wheatear
Posted by bob duckhouse at 12:14