1st - 2nd Dec 2014
After an early start we headed out of the city to some farm complexes out in the desert, quite near the border with Iraq. The irrigation systems at these farms with the crops and insects provided a magnet for birds both large and small. The crops and trees provided food and cover for a variety  of larks, pipits and wagtails and the irrigation rigs and pylons providing lookouts for Raptors, Shrikes and Kingfishers. The farms at Al Abraq and Abdaly had a good record for producing Western Palearctic rarities but despite extensive searching we were out of luck. There were good birds to be had though; Hume's Yellow browed warbler, Asian Desert warbler, Afghan Babbler but none of our target birds. There were a few familiar migrants: Blackbirds, Song Thrushes, Ring Ouzel, Goldcrests and even Brambling but although these were rare birds for the Kuwait birders they were not what we had hoped to see.
In the afternoon our luck changed. We drove back, stopping first at Al Zoura ridge. The arid rocky ridge was good habitat for wintering Wheatears, and so it proved. One of my 'most wanted' WP birds a Persian Wheatear had been seen there recently and it wasnt too long before it was spotted quite high up on the ridge. Outstanding, but we weren't finished yet. After a visit to Jahra farms which was quiet except for Water pipits Alba wagtails and a couple of Isabelline Shrikes we moved on to Jahra East outfall. Boom, John spotted another on my 'most wanted' list. A Greater spotted Eagle was among some bushes beyond the Shoreline of the bay. We were to get get better views of this magestic Eagle, but the first one is always a bit special. 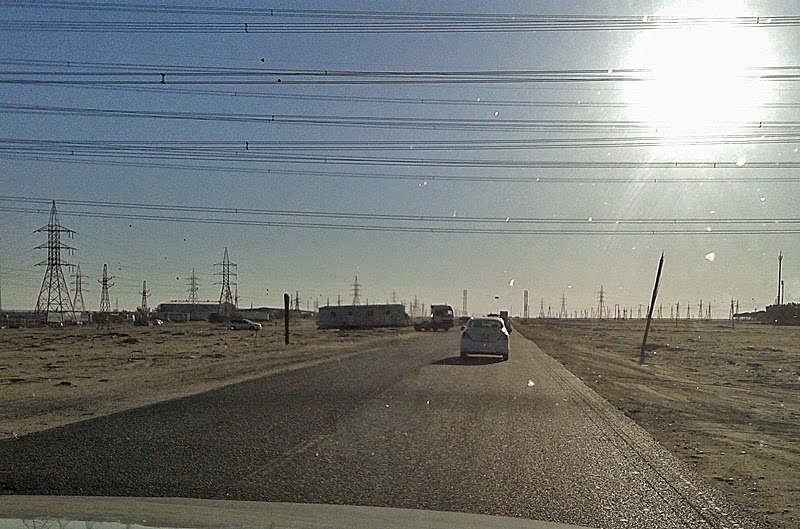 The road to Al Abraq 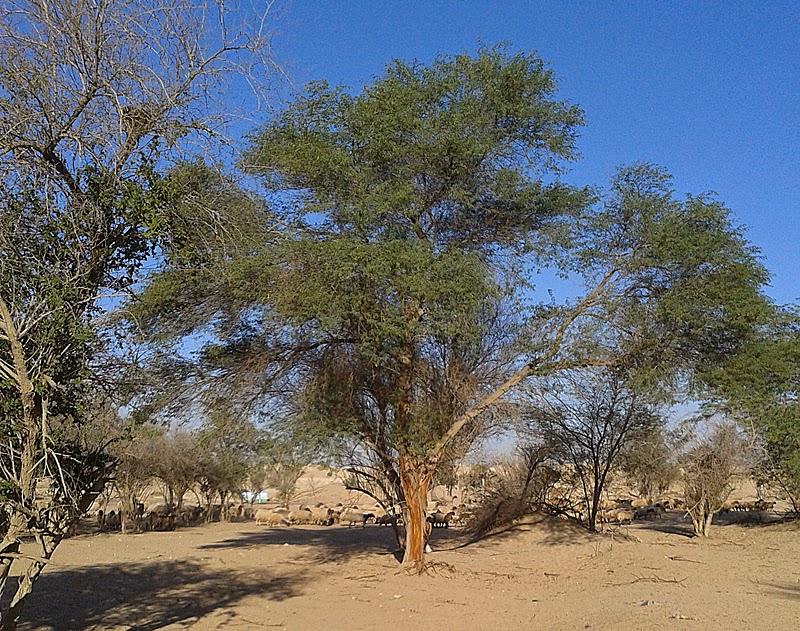 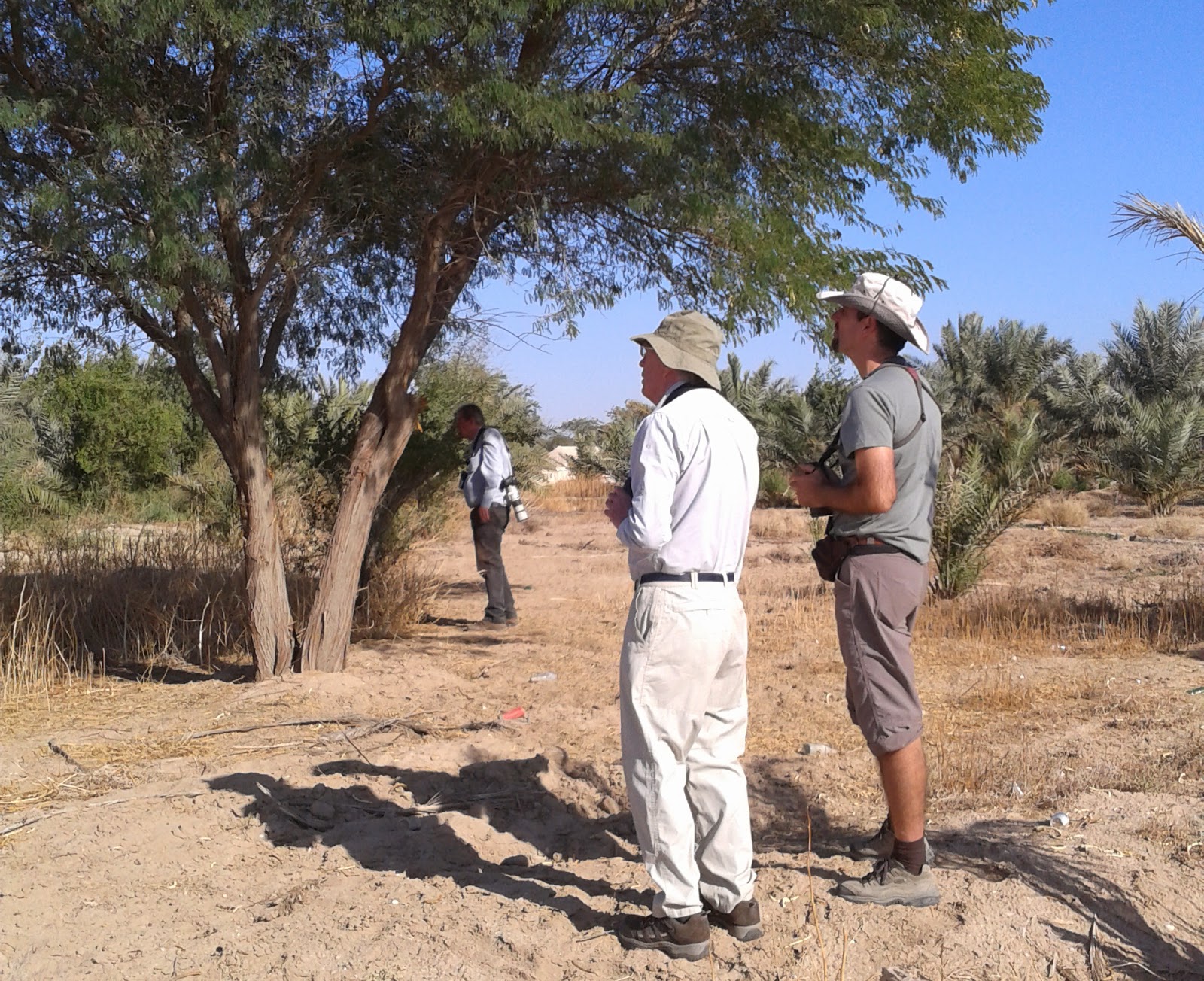 The team at Al Abraq 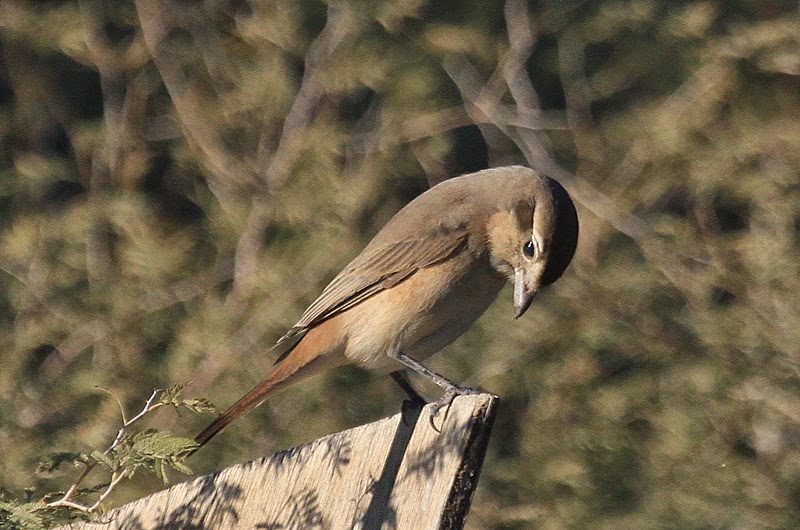 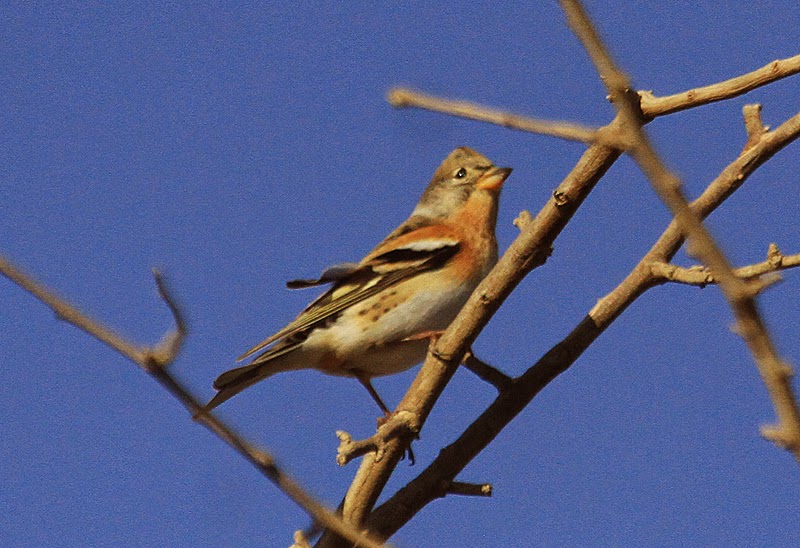 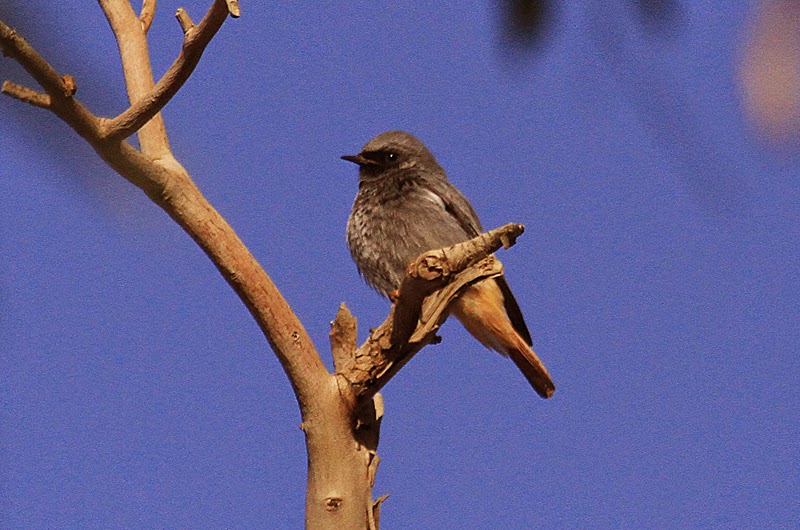 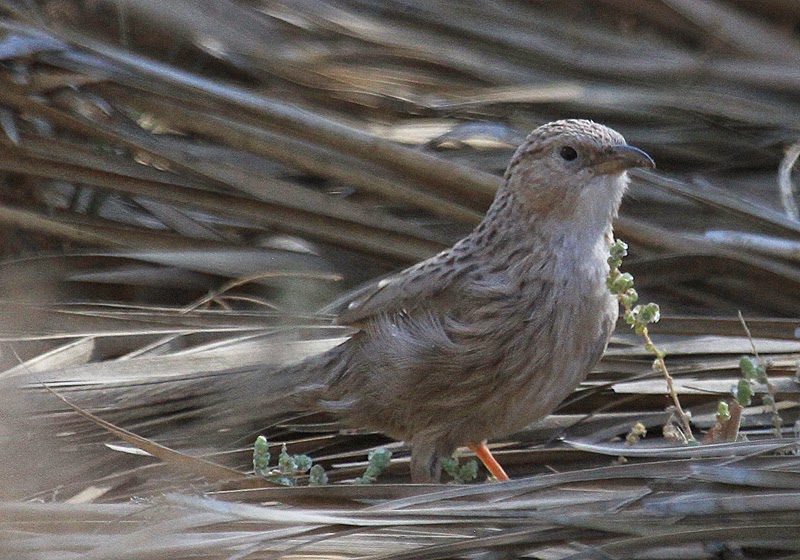 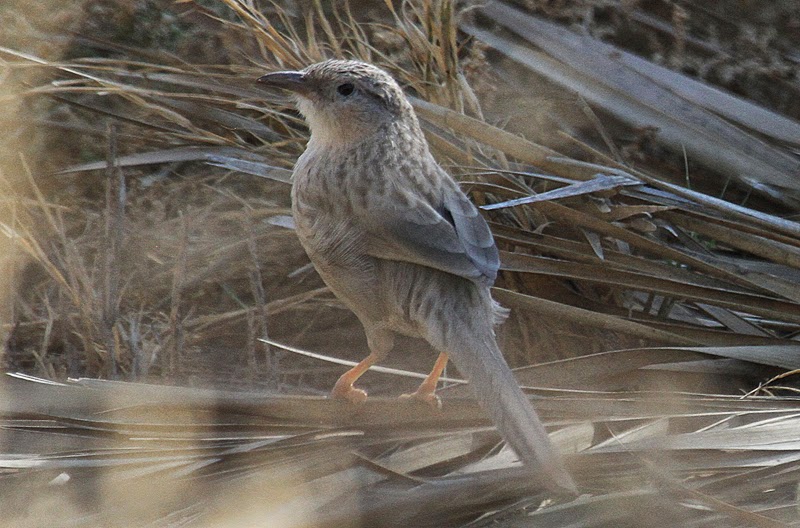 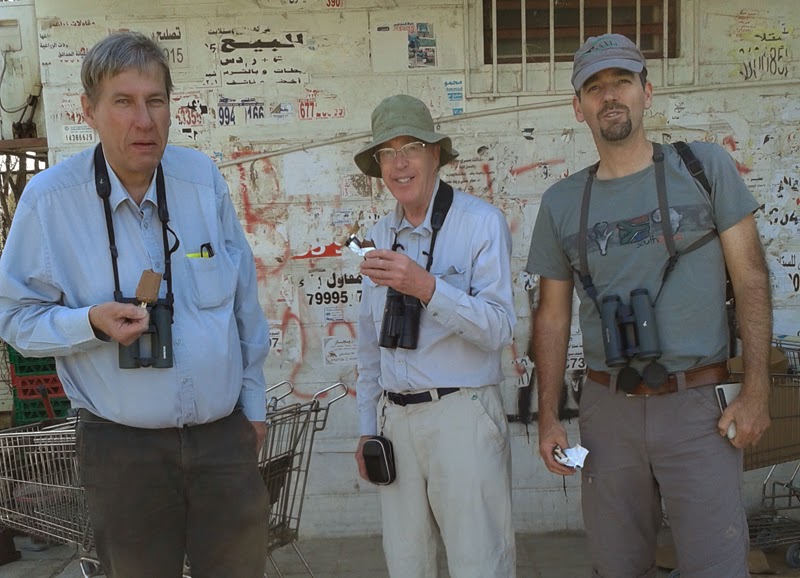 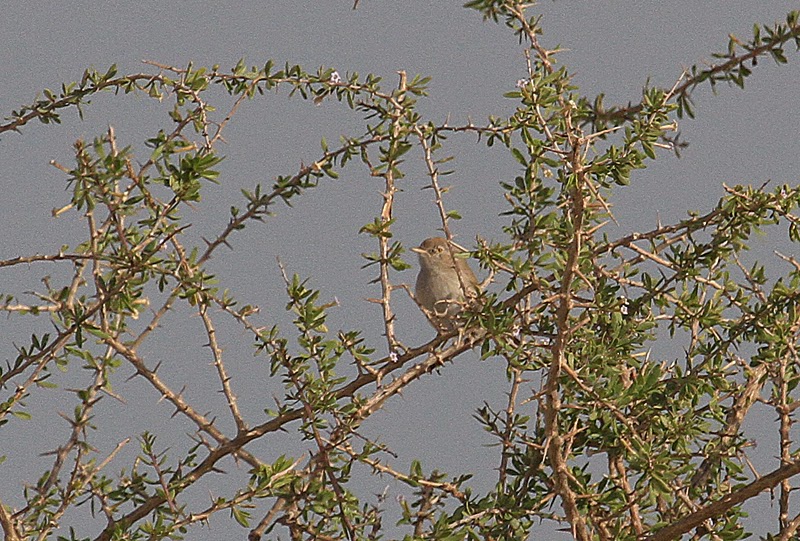 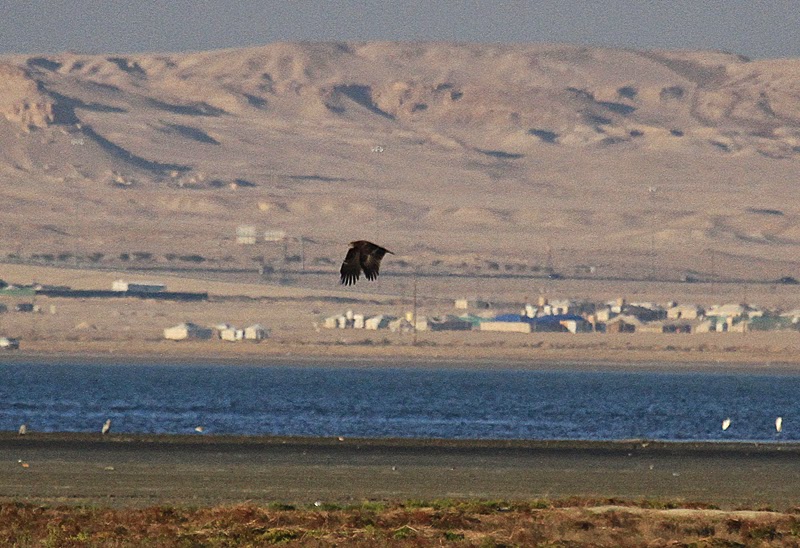