Monday 20th February 2017
After a pretty inactive weekend I felt the need for a bit of a walk. Leaving the car at Broomey Croft I took the tow path to Drayton Bassett. The walk was pretty uneventful I'd seen a couple of Oystercatchers on the pontoons at Broomey Croft but not much else. 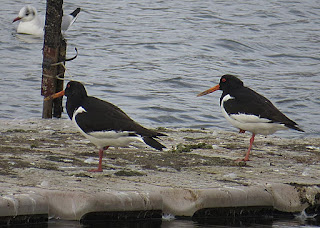 Oystercatchers
As I walked north along the canal there wasn't a great deal to see except a couple of tit flocks. As I approached the north end of the Middleton lakes reserve small flocks of geese were flying off the reserve landing in the field next to the canal. There was a good chance the Greenland Whitefront I'd come to see would be amongst them. It was. 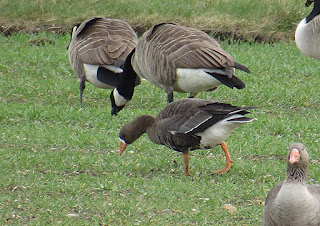 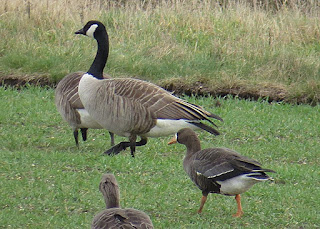