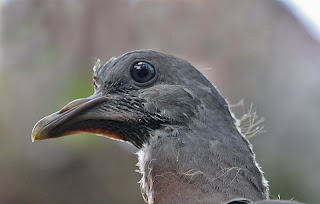 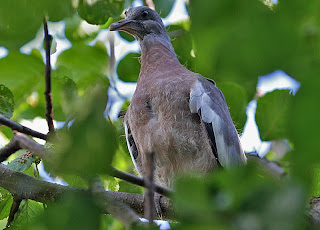 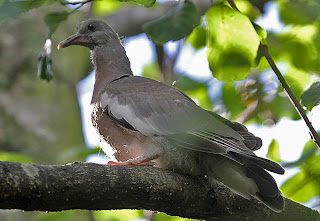 Sunday 17th July 2011
My Sunday morning pruning was interupted when a recently fledged Woodpigeon appeared amongst the branches I was trimming. As I've said before Woodpigeons would be better described as Garden pigeons as they become ever more common in the Urban environment. However, I cant remember seeing a juvenile before. The reason might be that they dont appear to feed on the ground at this stage and spend hours just perched in the same spot in trees.
Posted by bob duckhouse at 02:40