Thursday 4th April 2013
A family trip to Norfolk gave an opportunity for a bit of casual Seawatching at Sheringham and a brief visit to Titchwell on the way back. On route we had loads of Red Kites and a couple of Bewick's Swans. Despite the fresh N E wind there were cloudless skies for much of the time so it was pleasant to be out for short spells. At Sheringham I spoke to a local seawatcher complete with sleeping bag. I watched with him for a while, during which time I saw 40 or so Red throated Divers flying East in a more or less continual stream. The other guy reached the 1000 bird mark while I was there. Other species were fewer and further between: Gannets, Razorbill, Common Scoter, Eider and a couple of Sandwich Terns. Apart from small groups of Turnstone and the odd Oystercatcher there were no other Shorebirds to be seen from Sheringham to Mundesley. I had hoped to catch up with a Glaucous Gull anywhere along this stretch of coast, but no luck. On the way back we took the coast road stopping at Titchwell. Near the car park path a couple of Woodcock, showed really well but for once no camera. We walked on passing the odd celeb (and I mean odd). Plenty of Marsh Harrier activity and a sprinkling of waders including: Ruff, Bar tailed Godwit, Knot, Avocet and Spotted Redshank. After a brief look from the hides I went back to the car for the camera but unfortunately the Woodcock show was over as the birds had moved into cover, allowing only brief glimpses. 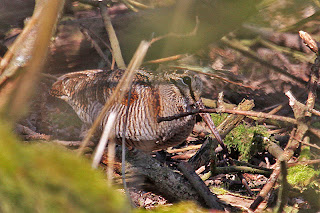 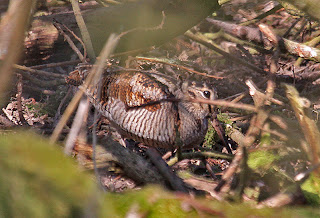 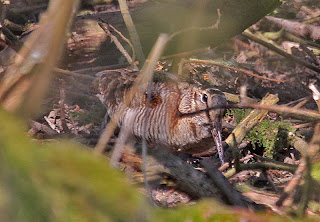 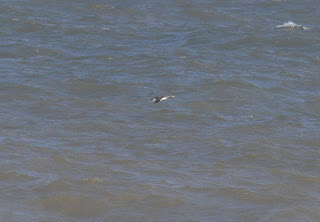 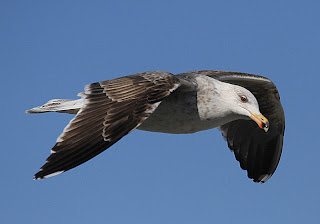