20th April 2013
Spent the morning mooching around an area between Hartshill and Caldecote as my normal route along the river Anker was being used for a sponsored Dog-walk. Saw my first Common Whitethroats of the year display flighting in the warm sunshine. There was also an elusive female Redstart in the Sheep field bushes. A fox popped out of the Gorse to have a look at me and a few Peacocks, Small Tortoiseshell and Speckled Wood Butterflies were on the wing. 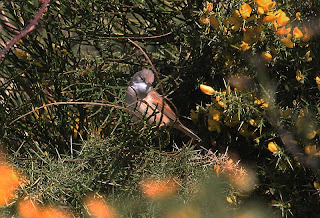 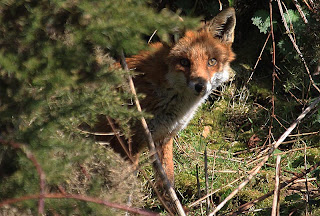