Tuesday 1st October 2013
We set off on a mission to locate a Lesser Yellowlegs which had been seen at the pool of Virkie but which spent more of its time on some boggy pools at Clevigarth. After a bit of a trek we found the pools.The other lads heard a number of wader flight calls but it wasnt until the birds landed on the hillside that the Lesser Yellowlegs was identified with a Ruff and a Wood Sandpiper. Eventually the Lesser Yellowlegs dropped into the pool again as did a Pectoral Sandpiper which appeared from nowhere and disappeared into the vegetation. 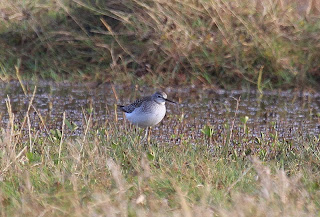 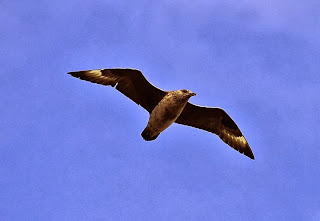 Great Skua, Clevigarth - A common sight around the Shetland Isles
With the wind strengthening we moved on to Voe. After some searching we found an elusive Arctic warbler, along with Great spotted Woodpecker and Willow warbler. At Lower Voe an Otter gave some great photo opportunities in the harbour which was more than could be said for the Arctic warbler. 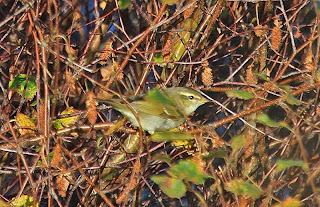 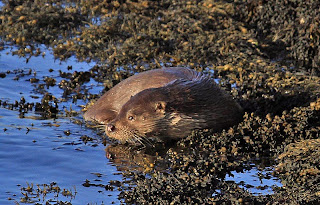 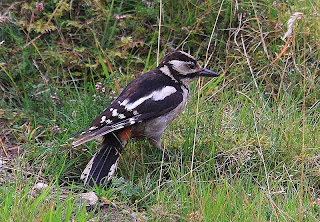