February around and about

Saturday 1st February 2014
As I travelled up the A5 it was decision time: carry on to Brownhills for another and hopefully a closer look at the wintering Glossy Ibis or turn off on to the M42 and have another look at the Hume's Yellow browed Warbler. I carried on. When I got to the horse paddocks I was met by some very professional looking photographers with Liverpool and Scots accents. They were taking up some very uncomfortable postures on the ground with the bird only a few metres away. I declined to get my knees or coat muddy but clicked away like a good 'un anyway. 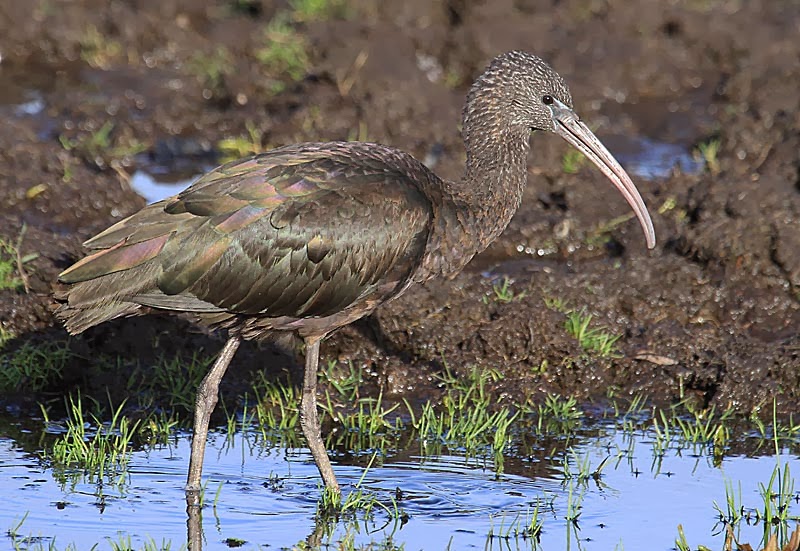 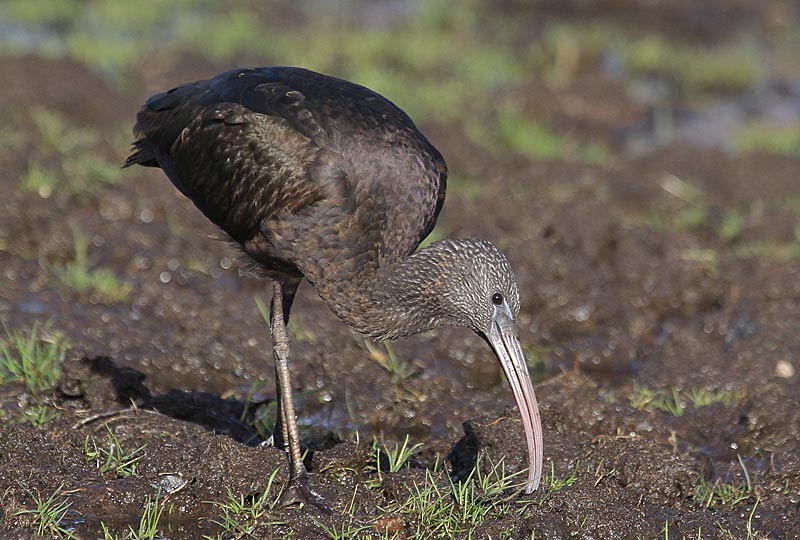 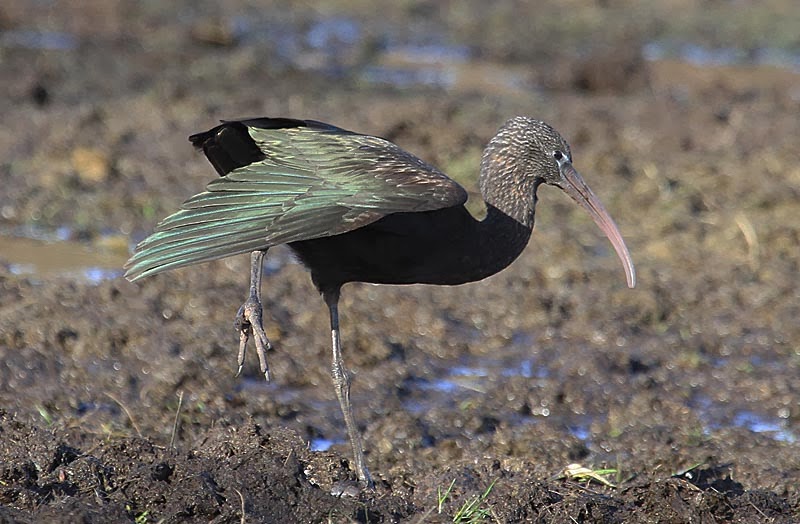 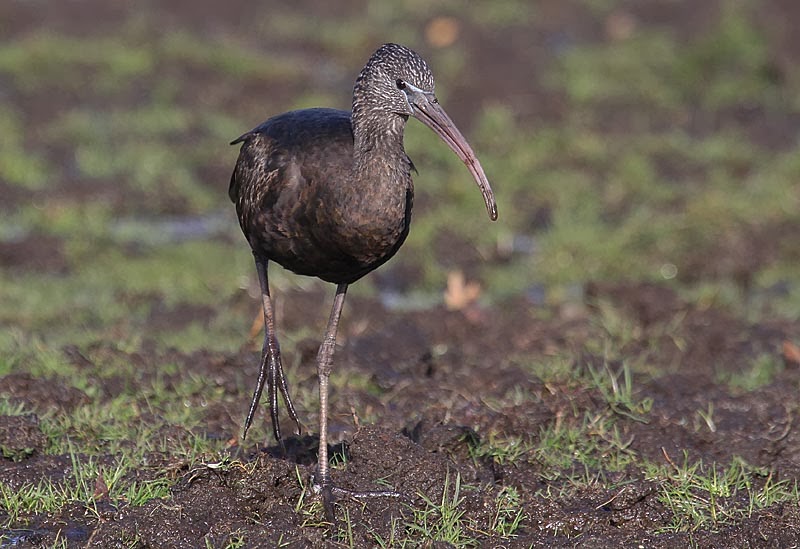 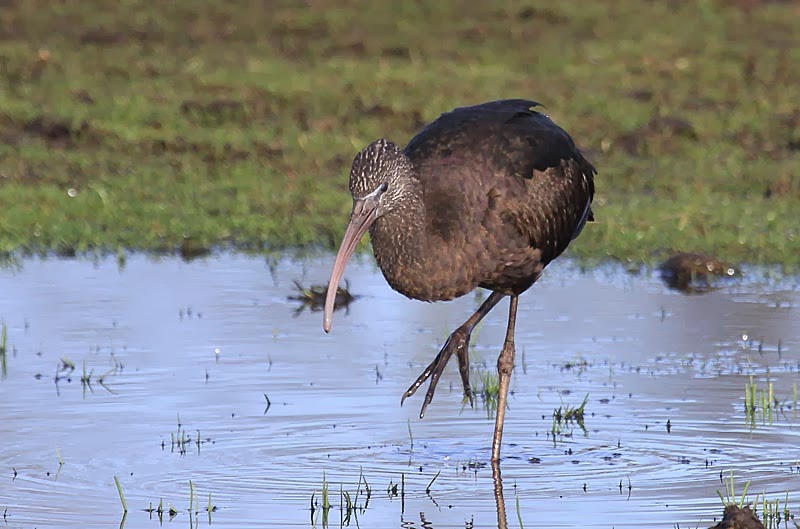 Glossy Ibis
Sunday 2nd February 2014
On Sunday it was back to Hams Hall. As I pulled up on the bridge, birders on the bridge were focussed on the river bank below. I quickly joined them to watch the Hume's Y B warbler in Brambles on the river bank near the bridge. The bird was only a couple of metres from the main body of birders but as the bird stayed low in the foliage it was out of their view. There was a great atmosphere with so many familiar faces from all parts of the County and beyond.
Monday 3rd February 2014
An overdue visit to Brandon Marsh produced my first local Oystercatcher of the year and a stunning adult Yellow legged Gull but not a lot else of note.
Posted by bob duckhouse at 11:49