Singin' in the rain

Monday 17th February 2014
Having been 'stuck in' for the weekend a much needed local walk was called for and even though there was a steady drizzle falling it was great to be out. I did a circular walk from Woodford lane following the river Anker to Witherley and returning following a path across the fields. Not a particularly long walk but in the heavy mud probably enough, with plenty of river bank, stubble fields, hedges and rough ground to check. The first part of the river bank was well lined with dense bushes overhanging the water. There were at least 5 Goldcrests and a single Chiffchaff in the bushes. In the trees were a flock of 65 or so Redwing. I was keen to locate any Tree Sparrows seen in previous years but none were spotted. Birds which were seen included Skylarks - singing in the rain, Mistle Thrush 3, Redwing 60, Reed Bunting 3, House Sparrow 2,The best sight though was a flock of about 40 Yellowhammers commuting between the fields and treetops. 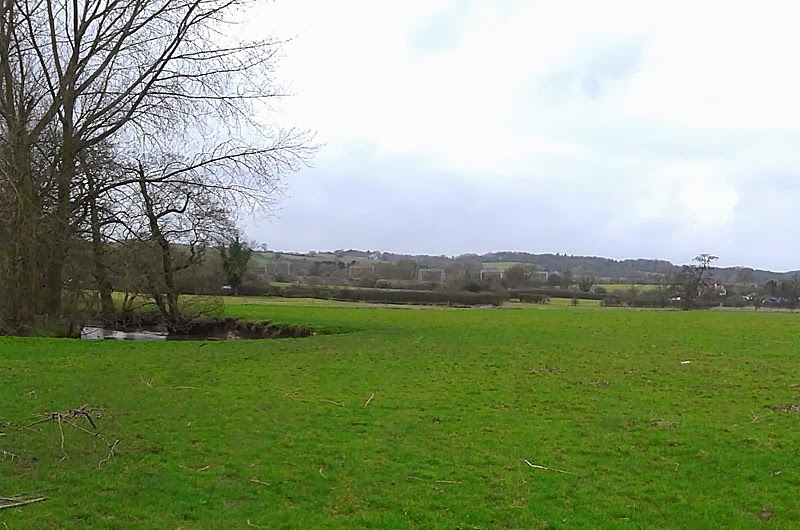 River Anker near Witherley
Posted by bob duckhouse at 09:55