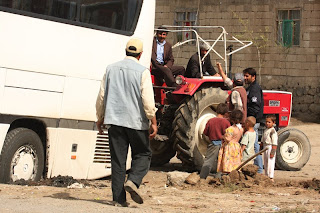 Help is at hand 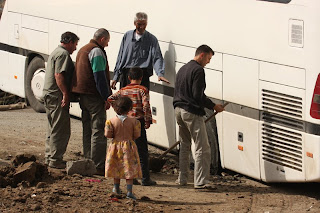 ' You aint gonna shift it with that' 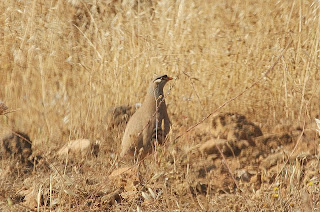 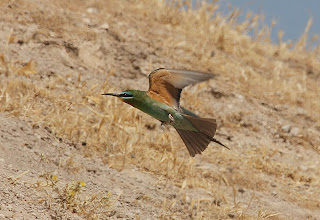 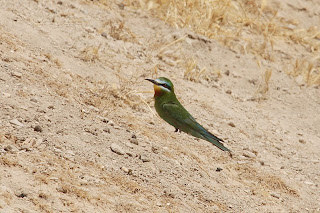 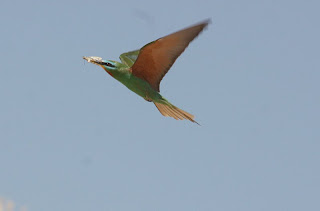 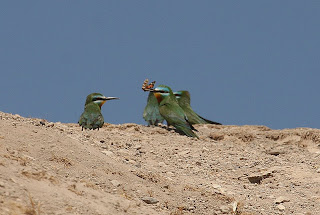 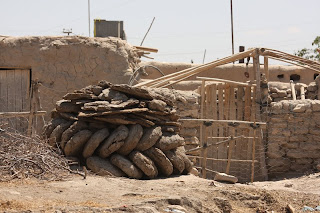 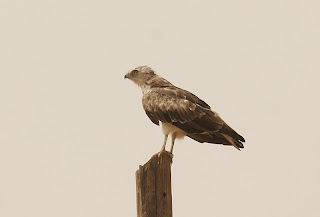 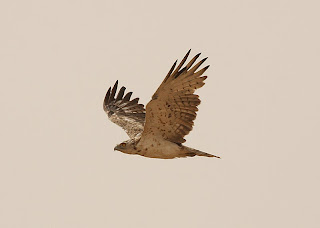 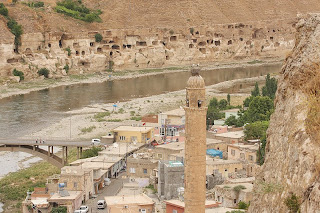 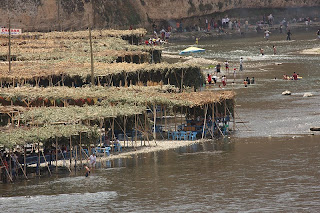 Lunch on the Tigres 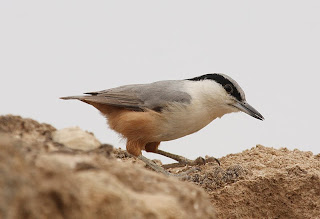 Western rock Nuthatch
Day 10
We continued to travel East and made our first stop in an area of dry grassy plains. It was a protected area largely for Gazelles which we saw distantly. More interesting for us though were the See see Partridges which ran just in front of us giving much better views than at Birecik. We also saw Desert Finch on the track in front of us. We had hoped to see Sandgrouse as well but only a few people got the briefest of flight views. We had better views of Desert finch in the garden of a bungalow despite the deafening attention of a man who thought it was sociable to join us for his mobile phone conversation. As we attempted to get a little closer to the bird the man followed us. Why he needed a phone I'll never know, I'm sure he could be heard quite clearly in Istanbul without one. Anyway everyone got to see the Finch which was the important thing. There were also good numbers of Finsch's Wheatear in the area.
Next stop was a Kurdish village where incredibly Blue cheeked Bee eaters had been established a colony in a mound right in the centre of the village. Absolutely stunning birds, a photographers dream but in complete contrast to the drab huts and piles of dung in the village.
We moved on past a town called Batman ( I couldn't repeat the crack Vaughan made about the little red breasted birds we see on Christmas cards but you could feel it coming along time before we got to the town.)We stopped at a town called Diyarbakir for a Pizza. We were now very close to the Syrian border and the road was just a mine field away from the lookout towers at times. The sensitivity of the area was made only too clear when we stopped just outside the town of Cizre on the river Tigres. We had stopped to look for Red wattled Lapwing on the islands in the river below us. The area around this part of the Tigres and its tributaries provided the only accessible sites for this species in the Western Palearctic. We scanned the river banks and the islands and after a short time located 2 Red wattled Lapwing. Even through the scope they were quite distant. As we watched two armoured cars pulled in. Several plain clothed police armed with machine guns approached us. Our Turkish guides greeted them but despite their handshakes the police were quite hostile. Papers were checked, phone calls made, more cars arrived, negotiations went on. All the time we waited patiently knowing that the plovers were still there but we couldn't see them. Would we get a better view tomorrow? Finally the police were satisfied we didnt pose a threat to National security and we drove back to our hotel in Cizre.

Day 11
We were all eager to get a better look at the plover but we agreed it was probably better not to test the sense of humour of the police by stopping at the Police station which ironically would have given us the best vantage point from which to get better views of the Lapwing. So we drove further up the river to an area controlled by the army. Soner had a chat to the soldiers and got permission for us to birdwatch a stretch of the river. Unfortunately there weren't any Red wattled Lapwings to be seen only a lone Little Bittern. Our next stop was a town called Hasankeyf, built into the sandstone cliffs which formed the banks of the river Tigres. The cliffs had terraced caves, but also one or two nice detached caves but all in need of a bit of renovation. The cliffs also provided homes for a colony of Lesser Kestrel and excellent habitat for Western Rock Nuthatch. Hasankeyf was a popular visitor centre and we mingled with the weekend tourists as we explored the town. We enjoyed an excellent meal at another novelty restaurant, this one built over the river with Bamboo stakes. The whole structure looked a bit frail and so it proved when one of our number put his foot through the floor.The meal of river fish was most welcome though. After lunch we continued our search for the Red wattled Lapwing. As we drove through one village our progress was halted by an electricity cable draped across the road. In attempting to do a 3 point turn in the centre of the village the coach got stuck in a drainage ditch. Obviously this was a major incident in a small village. Birdwatchers and villagers stood together to watch what would happen next, everybody had an opinion but the more the driver tried the deeper the wheels sank in. Elders summoned children to bring rocks everyone wanted to help, but the coach refused to move. Women watched from doorways as finally a tractor appeared. Luckily it had a winch could lift as wellas pull. We were saved - more handshakes, more smiles and waves as we got back on our coach. These people had few material possesions but they had helped us and been happy to do it.
We continued to stop at bridges to check out the banks and islands. As the storm clouds got ever closer it was beginning to look as if we were going to be unlucky, although we did see a Collared Pratincole, Little tern and huge numbers of Sand Martins. We sent out Soner with a small expeditionary force at one point. I chose to scan the river from the road near the bus. Wrong decision! I will forever be grateful, to Devon Bob for coming back to the bus to tell me a Red wattled Lapwing had been located. Those of us looking from the road made our way as quickly as we could to the fields adjacent to the river. We could see where the rest of the group were looking. Straight at us as it happened so the bird had to be close. Yes, there it was, in a recently ploughed field right in front of us. Red eye, red bill, superb. If only I'd brought my camera, but I was happy to get such cracking views of the bird.
Everyone was well chuffed at getting good views of the bird and travelled on in good spirits through the mountains towards Lake Van until we came to an abrupt halt at a mountain pass. A huge cloud of smoke indicated they were dynamiting a rock face. When we were eventually allowed through it was clear that clearing the rock was part of a major road upgrade. As we approached our hotel in Tatvan on the North west shore of Lake Van a Honey Buzzard flew low over the coach.
Posted by bob duckhouse at 10:57