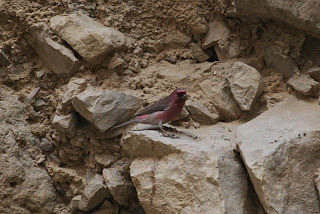 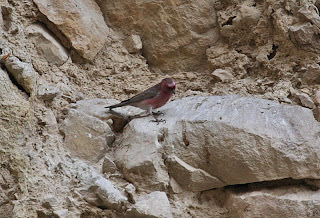 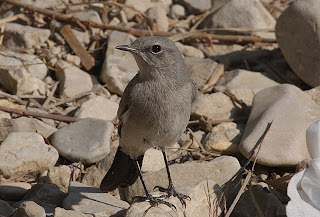 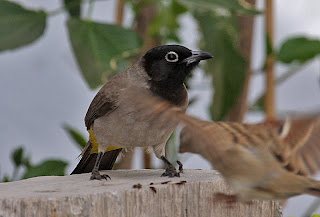 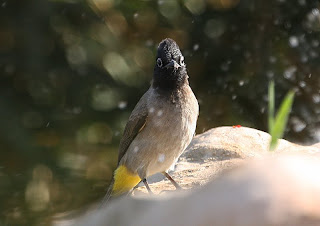 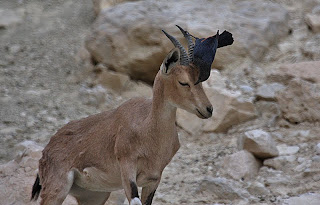 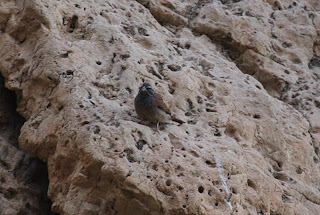 Mountain Bunting
- and a few insects 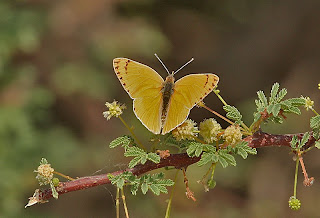 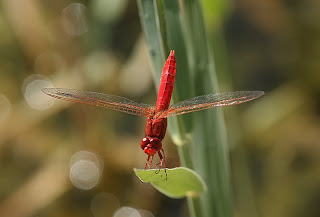 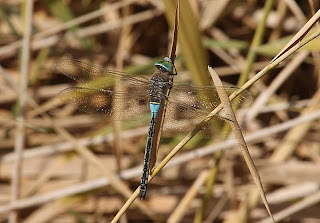 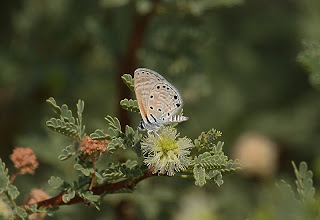 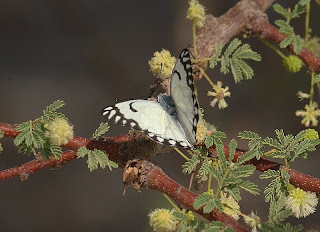 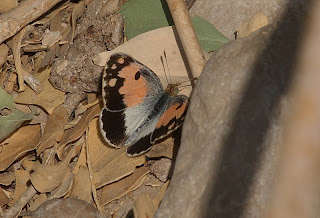 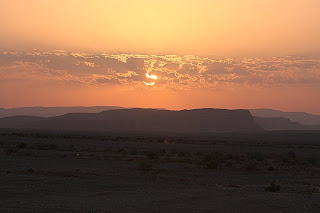 Apologies for dragging this report out but there were so many memorable birds and sights, its hard to do them justice. I think everybody enjoyed our last hotel, the clientelle raised an eye brow or two, or maybe it was just heavy mascara, when we arrived looking like extras from 'Ice cold in Alex.' At least we brought the average age down. It was a very relaxed holiday hotel and when it came to evening entertainment walking frames were cast aside and fun was had by all. Even Ann Widdicombe wouldnt have looked out of place, if a little on the young side.
The Warwickshire 5 maintained their dignity, for once, and declined to take the floor. In actual fact the whole group was pretty knackered by this stage and we'd been given a challenge for the morning!
Come the morning James explained that there was a site for Sinai Rosefinch and House Bunting nearby but that the path although not particularly long involved a near vertical ascent and quite technical rock climbing skills. Were we up for it? In best British Birding tradition -If there was a tick at the end of the path, we were up for it.
On the final day we stopped at a couple of sites on the drive back to Tel Aviv where the best birds were White breasted Kingfisher and Blue rock Thrush.
Thanks to co-leaders James and Nigel for showing us so much of Israel's wonderful bird life but also to the rest of the group for making it such a good humoured experience.
Total no of species seen = 163
New WP Species = 10
Posted by bob duckhouse at 10:03