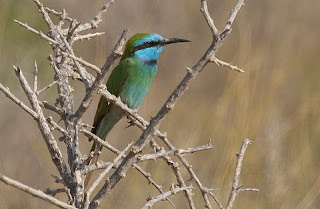 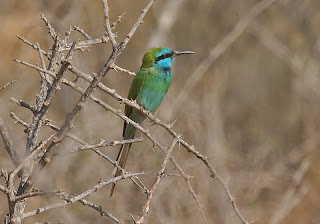 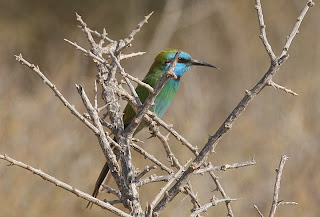 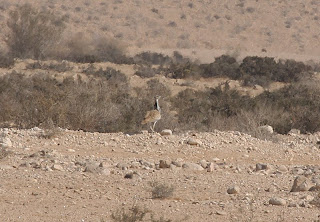 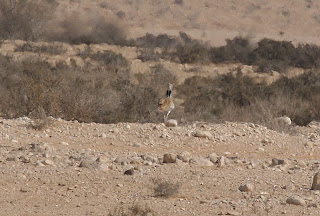 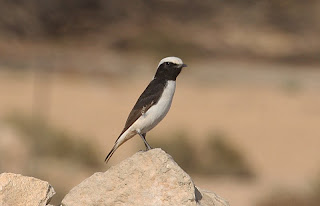 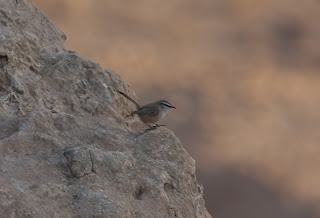 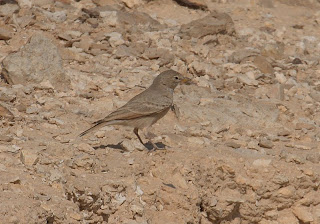 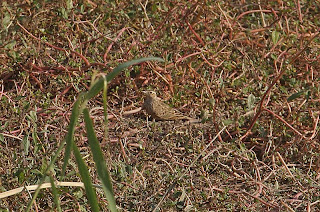 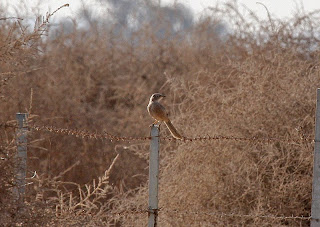 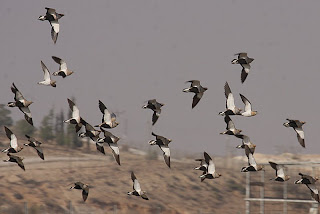 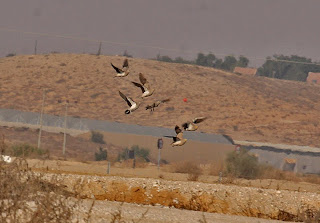 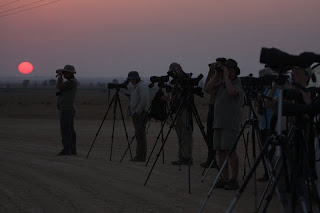 Birding from dawn till dusk !
Day 2
After an early start we arrived at Nizzana an area near the Egyptian border. The area is excellent for Sandgrouse and McQueen's Bustards.We were not disappointed, with great views of several Bustards and 4 species of Sandgrouse. One of the first birds we saw though was a bit of a surprise. A vagrant Black shouldered Kite had taken up residence in the area over the past couple of months and we were lucky to get good views as it perched on the fencing surrounding the pools. The pools attracted a wide variety of species including, Bluethroat, pipits, waders, wagtails, duck, Arabian Babbler and a Namaqua Dove. There was plenty to check out for ourselves but when James picked up the call of an Oriental Skylark overhead our focus changed as we managed to pick up a pair of birds coming in to land. Brilliant, another new bird. However, it was the sight and sounds of the groups of Sandgrouse coming in and out which will be the abiding memory.
We moved on south towards Eilat in high spirits with the banter of my colleagues rarely pausing for breath. We made a road side stop at the beginning of the Ramon Crater where Sparrowhawk, Blackstart, White crowned Black Wheatear and Shrub warbler were seen. We also stopped in the Hameishar plains to look for a flock of Thick billed lark but only found Bar-tailed Lark in this restricted area.
Posted by bob duckhouse at 03:46