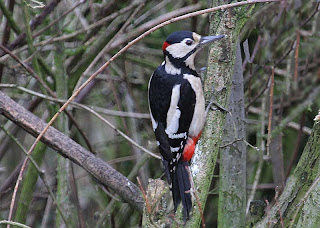 A few images from the last couple of days, Great spotted Woodpecker - Ladywalk 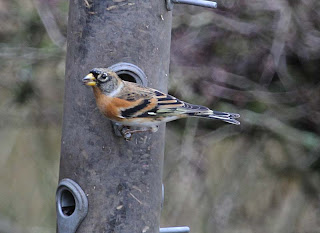 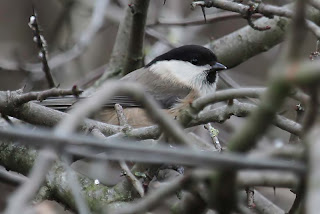 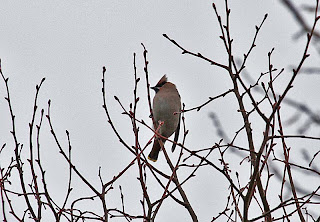 Waxwing, Grendon - my entry in this year's worst photo of a Waxwing this winter Award.

Friday 14th January 2011
I've been up and down Boot Hill, Grendon so many times, I'm getting to know the residents quite well. Actually thats a bit of an exaggeration but I did say Hallo to a couple of people who wondered what the hell I was doing. Today I decided to loiter rather than just drive round and it paid off when a single Waxwing perched up briefly but long enough for me to take my entry for the worst image of a Waxwing this winter Award. I think it may have a chance.
After taxi duty and a quick haircut there was still enough daylight to explore what a canal walk near Brinklow had to offer. After a heavy shower it was definitely a 'welly walk'. Not much of great interest birdwise except several Marsh tits on the edge of a bit of woodland the canal went past.
Posted by bob duckhouse at 09:00