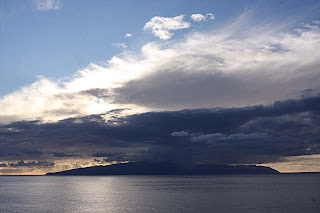 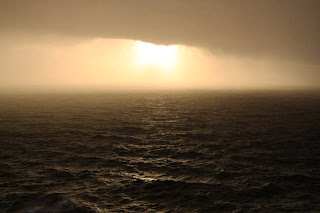 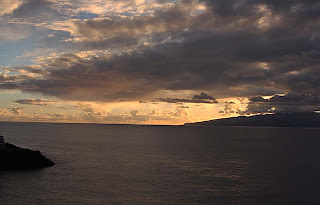 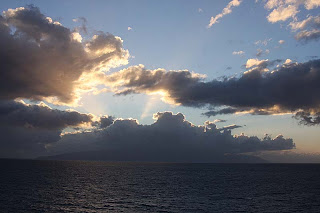 A winter break in the sun, with the possibility of seeing a few new Western Palearctic species. It wasn't a birding trip but I did take a pair of bins just in case we spotted something on one of our walks. That was the idea of a week in Tenerife, but the weather didnt play ball. In fact the weather was poor. Heavy cloud, and intermittent rain with snow, hail and strong winds in the mountains. On the plus side we stayed at a lovely hotel we did have a couple of sunny days and we did get to visit two sites which are known to host the islands endemic species.
The first of these sites was the laurel forest at Erjos about 20k north from our hotel at Los Gigantes. The first visit was quite late in the day. We attempted to follow directions from various trip reports on the internet but ended up going deep into the forest which wasnt necessary. We did hear a number of pigeons calling in the canopy above us but didn't get a glimpse. We could also hear 'crests', presumably the Canarian race of Goldcrests but again didnt get a glimpse. As we emerged from the woodland again we did get good views of Canary, Chiffchaff and Robin.
Back at the hotel we met up with a group of birders from Scotland who were extremely helpful in providing more detailed info on the Erjos site.
On the second visit I followed their advice and soon had both Laurel pigeon and Bolle's pigeon in the bag. The Laurel pigeon sighting was pure luck. I'd climbed a bank to get a better view over the trees at the start of the forest when a pigeon shot out just in front and below me for a second or so before vanishing into the trees again. The white terminal tail band and grey-brown back was distinctive. On the other hand I was able to get prolonged views of a pair of Bolle's pigeons perched in a tree with no leaves in the valley below. Other birds seen on this visit included Common Buzzard x 3, Sardinian warbler and Blackcap as well as numerous Chiffchaffs.
Posted by bob duckhouse at 05:37