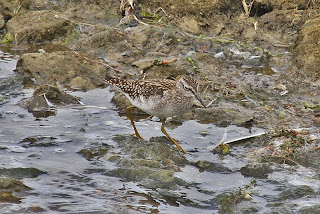 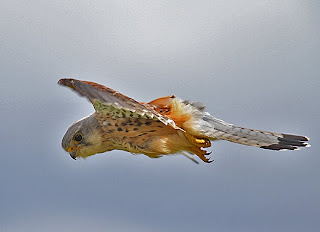 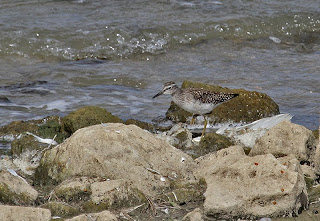 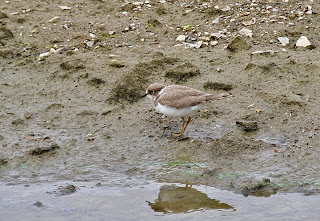 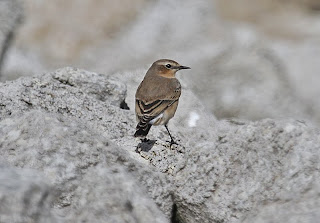 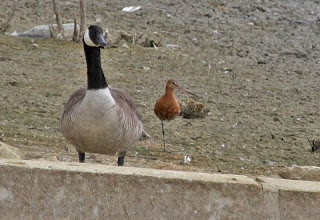 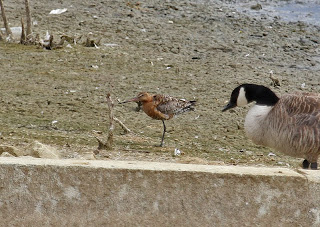 Monday 8th August 2011
With a fresh wind and the prospect of the odd heavy shower Draycote Water seemed as good a place as any to spend half a day birding. I was greeted with the now customary waving of arms from Farborough spit. This time it was a guy called Keith who I'd met last week at Brandon. He was accompanied by Bob H. who I swear hadn't moved since Friday. Whether or not it was the same Wood Sandpiper he was photographing we'll never know but although it was in the same place Bob thought it was a different bird. Despite the heavy showers over the weekend the water level had dropped even more and the prospects for wader watching over the next couple of months could be excellent. Dunlin numbers had increased on the spit with a few juvenile Little ringed plovers and a Wheatear. At the inlet a single summer plummaged Black tailed Godwit was trying to rest while up to 200 House Martin and 9 Common Swift flew overhead.