Thursday 5th Sept 2013
After a fruitless look around 'the bushes' at the 'patch' I moved on to Alvecote pools. Roy was just finishing his stint (if you'll excuse the expression). He'd had a juv. Ruff on Teal pool which was still there with 2 Common Snipe and a Green Sandpiper. There were Little Egret dotted about all over the place 7or 8 at least. A Hobby was seen high over the pools and 5 returning Wigeon were on Mill pool but that was about it. 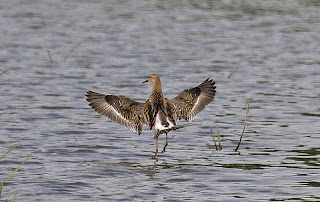 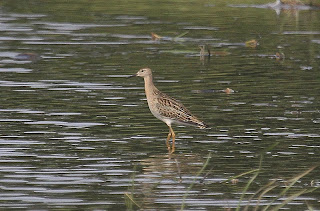 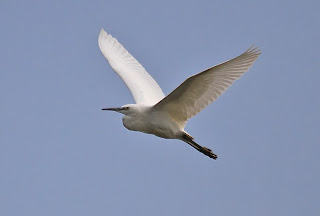 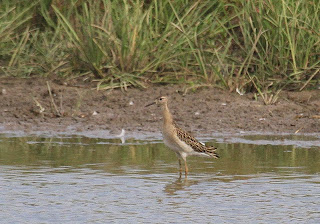 Ruff
Posted by bob duckhouse at 09:16