Tuesday 3rd September 2013
After a days gardening I was ready for some action so when the message came through that a Spotted Crake had been seen at Ladywalk N.R. it wasn't long before I was on my way. I was warned that the Mosquitos might be a problem and despite covering all my exposed bits they still got me. Anyway on reaching Riverwalk hide there was no sign of the Crake and it was nearly an hour before it emerged from the reeds on the opposite bank from the hide. The crake then stayed in the area of the cut reeds for some time.The bird had a damaged left wing but despite this would 'attack' the 3 or 4 Common Snipe also in the vicinity. As a bonus a couple of Greenshank flew in to accompany a Green Sandpiper. 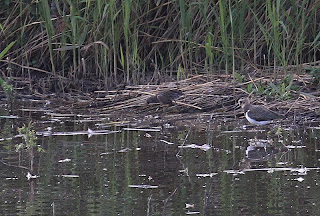 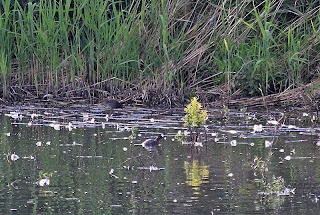 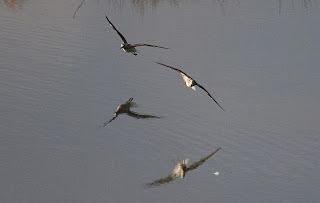 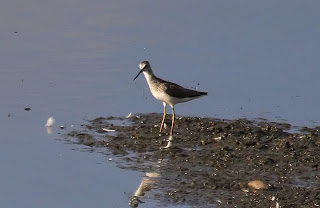 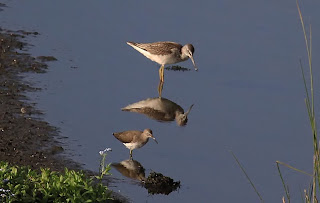 Greenshank with Green Sandpiper
Posted by bob duckhouse at 14:01