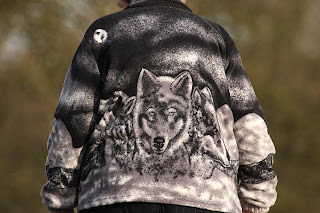 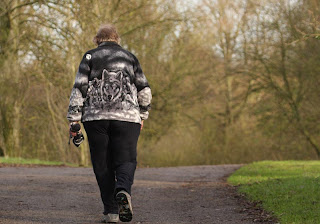 The Fleece heads for cover 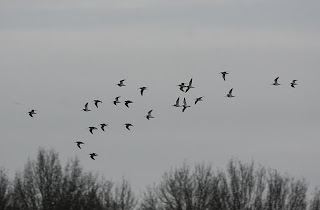 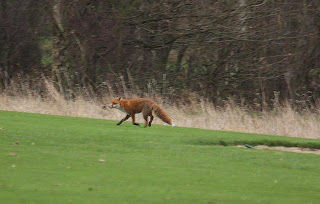 Fox on the Fairway 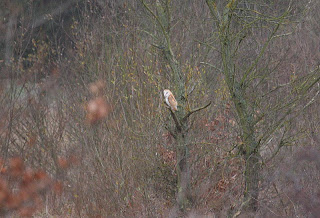 Barn Owl
Tuesday 8th December 2009
In an attempt to restore its battered image as a steward of the environment Severn Trent Water is keen to encourage the re-introduction of some long extinct species on its land around Draycote Water, Warwickshire. In an attempt to garner public support Severn Trent workers are walking round Draycote wearing look-a -like garments. The first project concerns the re-introduction of the European Wolf. Preparation for the arrival of the first Wolves is well underway with the prey species; Alpaca, rabbits and bank fisherman well established and thriving. Severn Trent hope, with so much food available, that there should be no danger to the growing hoards of Health tourists visiting the reserve. However, I must say that I was reluctant to turn my back on such a ferocious looking fleece.
My friend John Hague, that fashion Guru from Greater Leicester has already denounced the trend for such fleeces, but I fear it may not be too long before we see Pit Bull fleeces with hoods terrorising our Country Parks.
But I digress, I took the short route round the reservoir in an effort to offset my Pork pie emissions. Despite a thorough look, the Green winged Teal was not seen, neither was the Great northern Diver although one chap was convinced he'd seen 2. The 5 Goosander and female Common Scoter were still present.
After coffee and a sandwich at Morrison's it was back to Brandon Marsh where the highlight was rather distant views of a Barn Owl and a fly past by a Squadron of Common Snipe.
Posted by bob duckhouse at 11:30