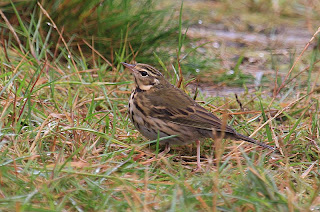 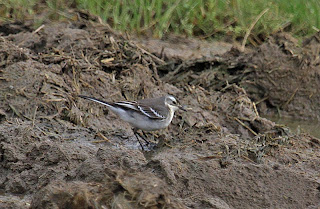 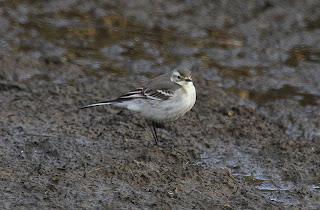 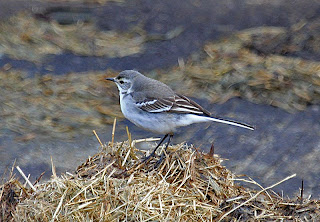 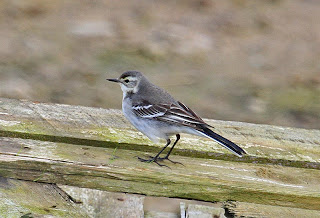 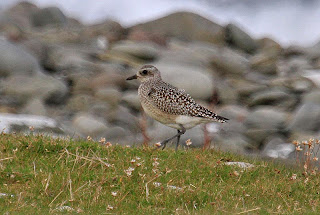 7th October 2011
It was becoming a bit of a ritual now - the daily search for Earl Gray's Rosefinch. It was only a Common Rosefinch and I did see it for a Nano second but it was now a personal thing, a mountain that had to be climbed. Again as yesterday I didnt even reach base camp. So what were the pluses. A smart Grey Plover at Grutness, a couple of Little Gull, along with a large group/pod of Porpoise in Quendale Bay, Pallid Harrier and Short eared Owl on the deck trying to keep out of the wind and Oh yes an American Golden Plover. All near Quendale.
8th October 2011
The day took a long time to get going, just like England in the Rugby World Cup. Unlike England though our day ended on a high. After watching the Rugby we headed South. The Quendale/Brake area had produced good birds throughout the week and so it continued with not one but two Common Rosefinches in the same field as the Isabelline Shrike.Thank Gawd for that. I celebrated with a flyover Hawfinch at Toab. The bird perched up briefly on a building but was extremely mobile. The Citrine wagtail was worth another look at Fleck before word came through that there was an American Buff Bellied Pipit above Quendale Mill. We were soon scanning the Kale field and as more and more people joined us the bird was located. Typically the bird took flight before most people had got on it. It flew away, and away landing on a distant hillside. A group of birders set off in pursuit. While those conserving their energy waited on developments. The dots in the distance made a broad sweep of the hillside, but then seemed to focus on something. They were clearly on to the pipit so off we set. Initially the bird was on a track but then flew to a small Quarry where everyone was able to see it. Even the boys from Coventry who had just come off Fair Isle. Putting the Rugby aside our last full day's Birding had been excellent.
Posted by bob duckhouse at 08:50