We drove up to Unst in the hope of connecting with Rustic Bunting, which one of the low listers in the party needed and as there were other bits and bobs it seemed the place to be. We saw Temminck's Stint briefly and had a look for the Eastern sub-Alpine warbler before stopping for a drink and a bit of lunch. Having just placed our order the message came through that a Swainson's Thrush had been found just up the road at Norwick. Having calmly finished our lunch we were on site in minutes. The bird was in a walled garden and it wasnt too long before it popped up on a wall. 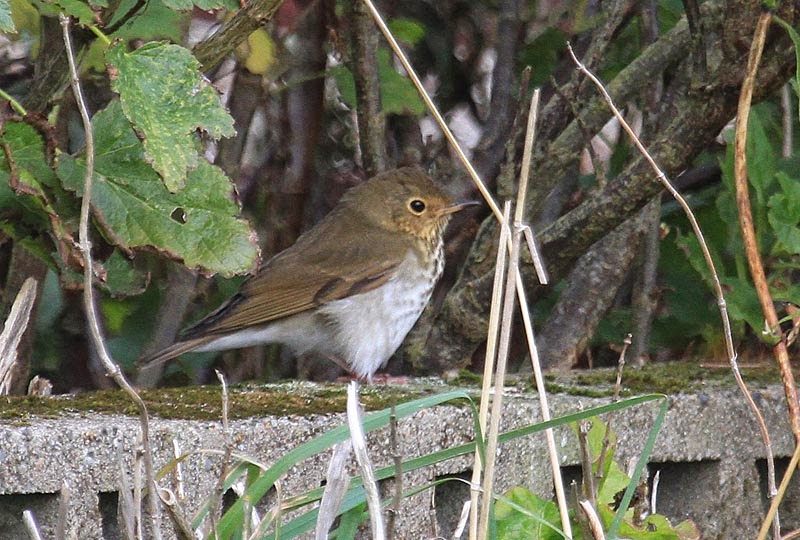 Swainson's Thrush, Norwick, Unst
We also had rather distant views of a Wryneck on the beach but failed to see the Barred warbler, Common Rosefinch, Rustic Bunting in the area and the female King Eider at Yell on the way back. It had however been an excellent days birding and we would no doubt catch up with the birds we had missed later in the week. Bird of the day - Swainson's Thrush
Posted by bob duckhouse at 01:56