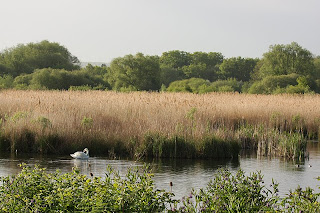 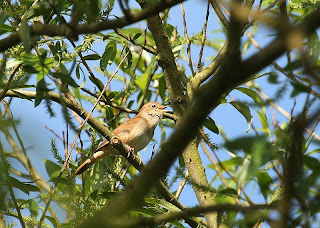 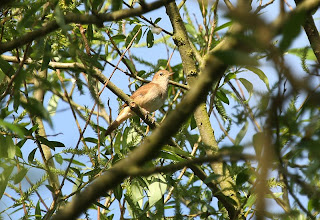 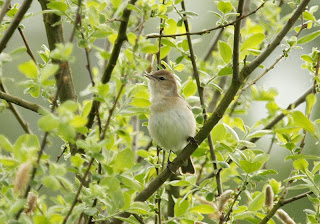 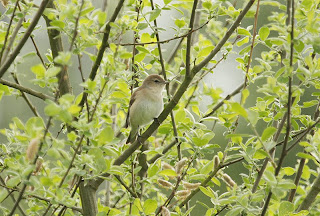 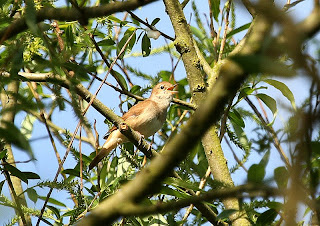 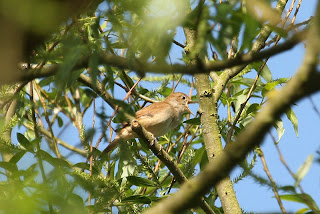 Sunday 3rd May 2009
Travelled down to Lee valley Country Park in the early hours with John Terry. John having missed the Savi's warbler yesterday was determined to give it his best shot today by being there at daybreak. The park is made up of a series of pools of varying sizes with islands, marshland, woodland and reed beds. As we walked to the area the Savi's had been singing in we were met by a chorus of bird song. We heard several Nightingales, Blackcap, Garden warbler, Cuckoo, Water rail, Whitethroat, Sedge warbler, Reed warbler, as well as the more familiar Garden birds and the Savi's warbler. Wonderful sounds. Encouraged that the Savi's was in song we took up positions which gave us a view of some of the Reed bed. There were maybe 12 other birders at this stage. The Savi's reeled very occasionally and we waited for it to put in an appearance. More birders arrived but still the bird kept low. I moved position to where the bird was giving a strong burst of song and was fortunate to have my bins trained on the right patch of reeds as the Savi's warbler suddenly shot up level with the top of the reeds and down again....and that was it. Poor John and most of the other birders didnt even get that brief glimpse. Thank gawd the Brandon Marsh bird showed a good bit better in 1995.
Other birds seen during the morning were Common tern, Sparrowhawk and Peregrine falcon.
Posted by bob duckhouse at 07:41