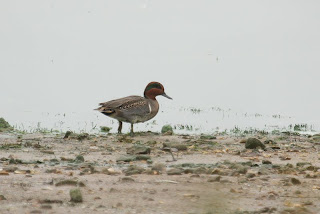 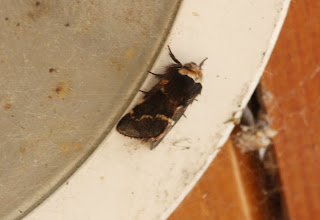 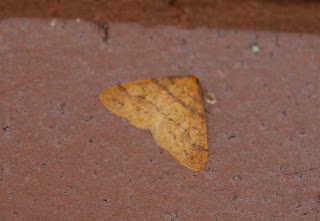 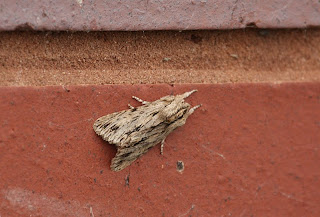 Friday 13th November 2009
I learnt a valuable lesson today; never write a Blog whilst under the influence. That Boston Fat Boy I mentioned yesterday must have been stronger than I thought ( by the way I think the name comes from the American hops not the Brewer) - as I mis labelled a female House Sparrow, very embarassing. Anyway moving on - swiftly, today was a Draycote day. I like to get over there at least once a week particularly now when its a little quieter. At the moment the water level is as low as it has been for a long time so theres still a chance of a wintering wader finding its way inland.
The Green winged Teal was a lot easier to find than last winters individual as it paddled on the open shoreline in Toft bay in company with only a couple of other Teal. The Great northern Diver was also there but keeping to the centre of the reservoir. The skies got darker and darker until it began to rain quite heavily just before I got back to the ex cafe. Richard Mays had told me to check out the walls of the ex cafe for moths including Sprawler and December moth which were duly snapped along with Scarce Umber.
Posted by bob duckhouse at 06:39