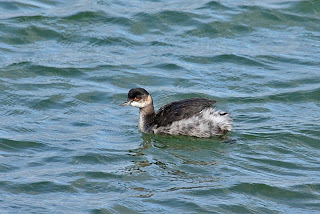 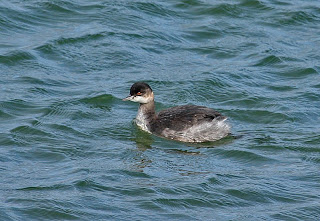 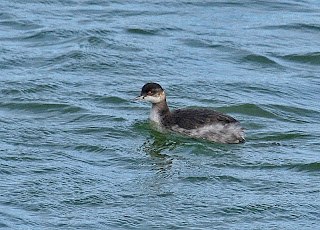 Having had a non active weekend, a brisk circum navigation of Draycote Water was called for. I went for the clockwise route but hadn't got out of second gear before I came across a couple behaving very furtively as I rounded a bush just beyond the Wind surfing area. Messrs Mays and Hazel, that well known firm of solicitors or decorators or whatever, were up to something or on to something and when theyre acting, well, a bit coy, its usually something good. They directed my attention to a Black necked Grebe (168), true Gentlemen. OK its not that good but it was the first one I'd seen in the County this year.
After the obligatory photo shoot I moved on, but not very far before I stopped to look at a group of waders - 5 Dunlin and 4 Ringed plover. I had to wait until I got round to Biggin Bay before I saw the next bird of note the first of 2 Common Sandpipers. I also had good views of a Stoat but it had long disappeared into Nettles before I could lock and load my trusty Canon.
Posted by bob duckhouse at 08:52