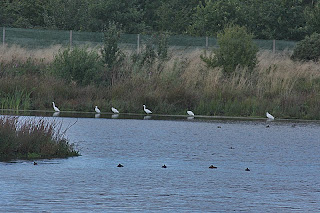 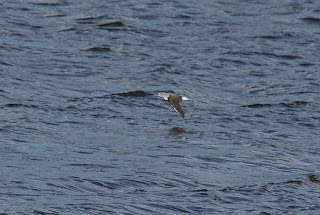 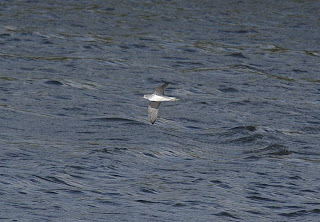 Thursday 16th Sept. 2010
It couldnt happen again could it? With the wind still gusting there had to be a chance of some palagic species getting blown inland. I thought Draycote would be well covered so opted for the Tame valley again. At Shustoke Res. yesterday's large flock of House Martins had moved on but the 1st winter Little Gull was still there as were the resident Kingfisher and Grey wagtail. A Hobby flew over no doubt 'wondering' where the House Martins had gone, but there were still plenty of young Swallows to keep it interested. There was a single Green Sandpiper at Lea Marston lake but nothing at Coton pools. A quick look in at Cliff pool, Kingsbury W.P. produced 7 Little Egret, 2 Greenshank and an increasing flock of Lapwing.
Posted by bob duckhouse at 09:30