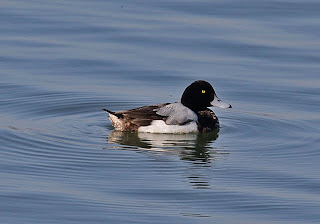 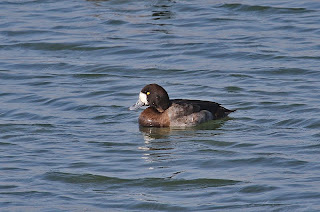 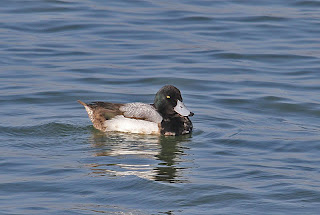 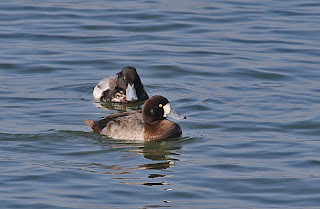 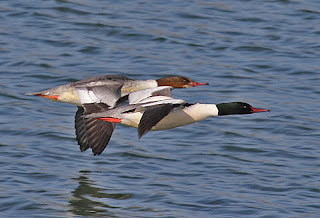 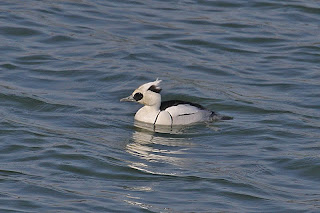 A visit to Draycote Water was long overdue so with lunch packed and batteries charged I set off on another gloomy day. The long staying Scaup were located just off the Windsurfing area and a large raft of Common gulls were off the inlet. 3 grey Wagtails were very active along Draycote bank with 12 Goosander offshore. As I approached the valve tower the sun broke through the cloud and the weather steadily improved from then on. By the time I'd walked back to the Sailing club and then round to Toft Bay it was a glorious day. The drake Smew was off Farborough bank and another group of 17 Goosander were in the bay with a handful of Goldeneye.
Even with unbroken cloudless skies there were few visitors but a women with a couple of dogs(later spoken to by a Ranger) and a bloke who shouted 'BANG' as he appraoched on his racing bike were a little irritating. I met up with Dave Hutton and Bob Hazel on Hensborough bank. The Scaup were now quite close in to shore, but asleep, only occasionally waking for a quick preen and then rest again from the exertion. With patience we all managed to get a few reasonable images.
Posted by bob duckhouse at 00:46