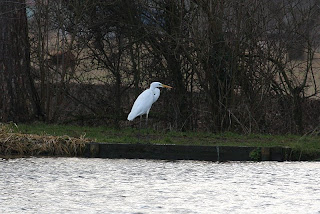 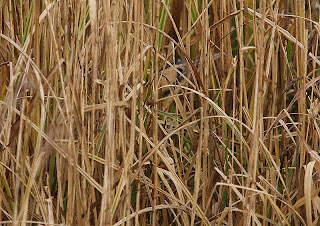 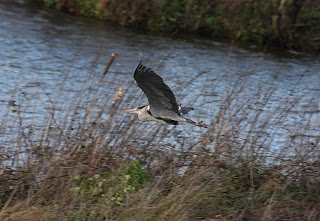 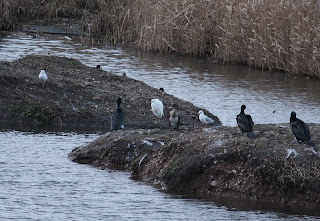 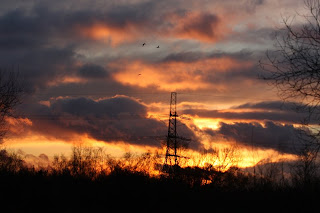 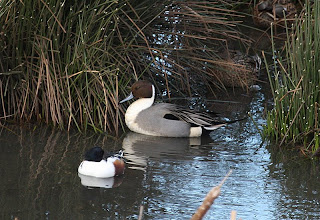 Monday 19th January 2009
One of those days when things fit into place. Having missed out on Bittern last year I was going to give it a good go this year so I headed off to Brandon Marsh near Coventry. Luckily the weather had improved by the time a got to East marsh, the wind was variable and now and again the wind eased to allow a chance to look for tell tale twitches in the reed stems. I had the hide to myself but I was aware a party was gathering and was heading my way.The reeds twitched and there was the Bittern at least its back, but it was heading my way. Part of the bill and an eye was now visible but I could hear the sound of squelching wellies. The hide door opened walking sticks tapped on the floor of the hide the bird moved back into the reeds.
I missed seeing the Great White Egret at Sheepy parva last year but caught up with it at Caldecot and then Hartshill. It shows well in the far corner of the fishing pond before flying off to the river something it has been doing for several days apparently.
I had planned to spend the late afternoon at Kingsbury but the idea of seeing 4 species of Heron in one day appealed to me so I headed off to Ladywalk where Little Egrets sometimes come in to roost. As I waited in Riverwalk hide I was joined by Pete Sofley he was doing a duck count, in the course of which he picked up 3 Pintails including 2 magnificent drakes. He also spotted a Little Egret flying in. Cheers Pete.
Posted by bob duckhouse at 11:26