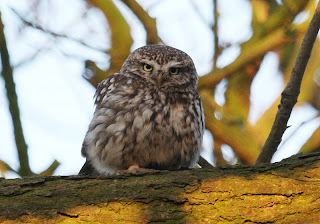 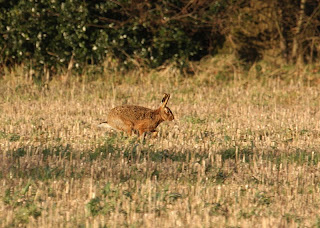 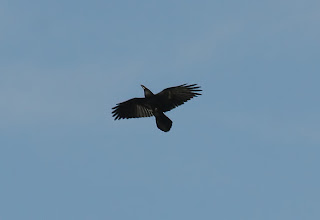 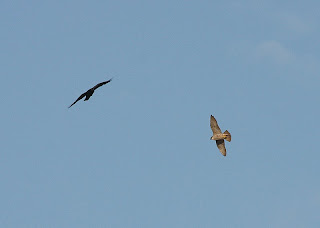 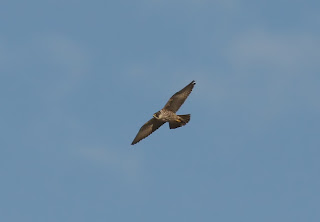 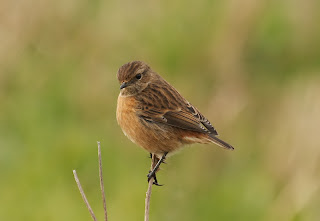 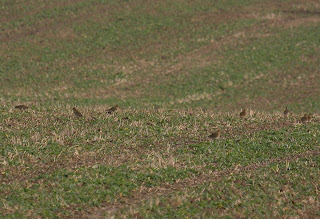 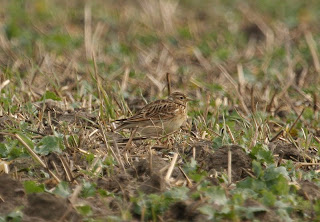 Saturday 24th January 2009
My day began at Birchmoor. I was determined to add a couple of species to my year list and as everyone had told me there were thousands of Golden plover at Birchmoor and you couldn't miss them I thought I'd better prove them right. There weren't thousands though just 19 but that was good enough. Skylarks were a plenty with a few Yellowhammer and Reed Bunting. I also saw Grey Partridge thanks to Chris Cook. Hams Hall was the next site I tried for the Common Sandpiper but to no avail. There had been no sign of the Firecrest either but the 3 Green Sandpiper were still there. Highlight of the visit though was the aerial display of 2 Ravens and a Peregrine over one of the massive warehouses next to the river. I grabbed a couple of shots before my card was full. Why had I wasted all those shots of Sandpipers half a mile away that you know when you take them are going to be rubbish.
It was now well into the afternoon and things were getting serious. I hadn't eaten for several hours, I even tried the nearby railway station - sandwich, no chance they hadnt even got a toilet. They're on the train I was told - strangely I didnt fancy going to Peterborough just for a P. . s.
They've got a toilet at Shustoke reservoir I'll go there, nice place Shustoke, toilets, picnic tables British rail could learn alot from Severn Trent.
The fields around Shustoke, on the Maxstoke road proved very rewarding, a cover crop of maize for game birds also attracted a large flock of finches mainly Yellowhammers and Chaffinch but there was also 2 Tree Sparrow which can be a difficult bird to find in North Warwickshire. To round off the day a Little Owl posed in a large Oak near Maxstoke.
Posted by bob duckhouse at 13:26