Good day Friday, joined SH at Hartshill Hayes viewpoint for a spot of Vis migging. He'd already had a several hundred Woodpigeons over and a good many Thrushes. We watched for 2 hours as more groups of Redwing and Fieldfare flew over.Well over 1000 birds passed over but the best for me was a male Goshawk, a long awaited first for Warwickshire. Being close to home I went back to warm up and have some lunch but it wasnt long before I was heading out again. This time to Shustoke Res.where SH had found a Red breasted Merganser. Who said there werent any birds in Warks.? Having said that I did pay a quick visit to Blithfield yesterday to see 2 Whooper Swans. They were very vocal in Blithe Bay just before they left at about noon. 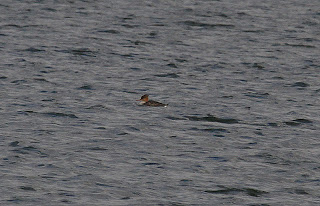 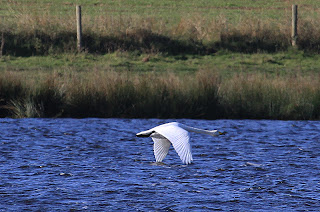 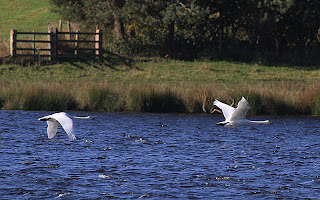 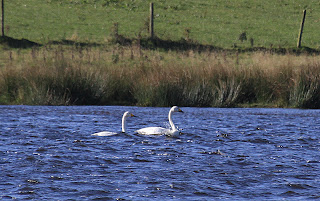