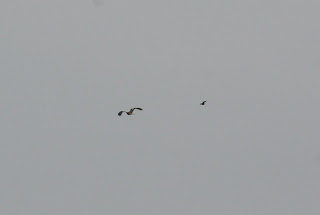 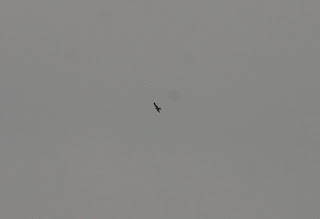 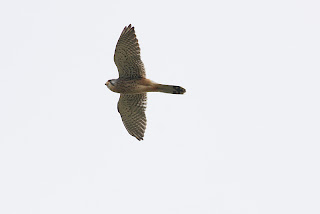 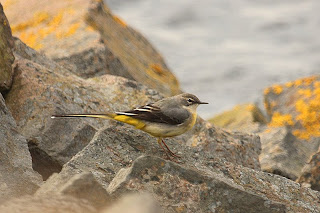 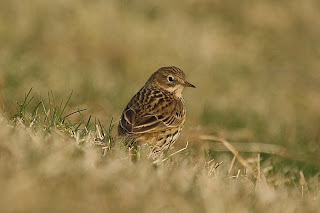 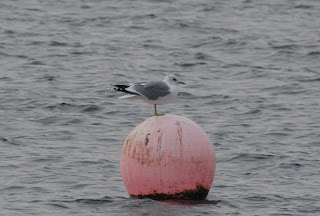 17th March 2009
Had to go over to Wellesbourne this morning so took the opportunity of taking a walk around Wasperton. The main aim was to locate Corn Bunting at this formerly reliable site but it was such a pleasant day it was nice to walk over to Charlecote across the flood meadows. Still plenty of Fieldfares about, c100 on the meadows plus a small number of Redwing. Also plenty of Skylark but no Corn Bunting. I had a chat with a local farmer who explained he had turned over several fields to growing trees rather than cereal crops, perhaps a reason for the apparent decline in Corn Bunting numbers in the area. Other species seen Treecreeper, Green Woodpecker, Mistle Thrush, Sparrowhawk, Common Buzzard and Yellowhammer.
With a good deal of the day left I moved on to Draycote water. Inspired decision as it turned out. As I started to walk towards Toft a large raptor flying low disappeared behind trees around the old dinghy park. I ran up the steps of the ex cafe to get some height (being a short arse can be a disadvantage some times). Even though the bird continued to fly away there was no mistaking the profile of a Red Kite. Only my second in Warwickshire, the first being at Brandon Marsh last year. I managed to get some distant record shots and some very distant record shots as the Kite gained height and circled over the Grandborough valley. According to Richard Mays Draycote is enjoying a good run of Raptor sightings, with records of Hen Harrier and Marsh Harrier as well as Red Kite in the past few days.
Other species seen during the afternoon: Chiffchaff, Great northern Diver, Goosander, Grey Wagtail and Meadow pipit
Posted by bob duckhouse at 13:06