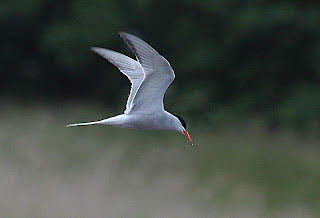 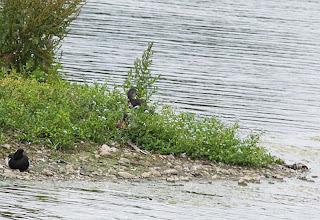 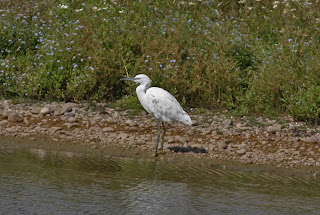 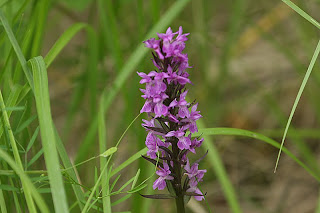 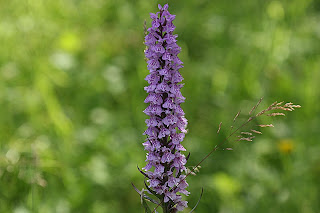 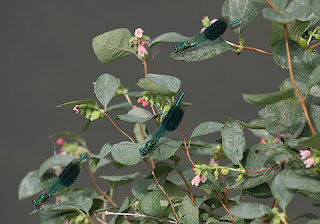 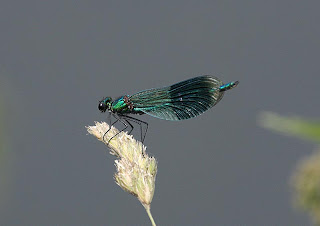 Sunday 4th July 2010
Spent the morning at Marsh Lane. Nice to see good numbers of Common Tern. Other birds seen included Little Egret, Redshank, Little ringed plover and Green Woodpecker. Tried, unsuccessfully to photograph an Emporer Dragonfly before heading home for a mug of Tea and a bit of Germany v Argentina. Germany had just taken the lead when the phone rings - its Julian Allen 'World cup? what World cup Allen? the female Mandarin (156) was back on Cliff pool. Normally such news might be met with total indifference especially as the football was starting to look a bit tasty, but this was the year of the County list so off I went. It was a while before I connected with the drab little duck, which can be very elusive, often feeds amongst the dense vegetation on one of the islands. On the way home I experienced another first, even more of a surprise than a Marmora's warbler turning up in Wales. I had stopped at the Church End brewery, as you do, for a pint. There I was, minding my own business when Steve Haynes arrives - RIDING A BIKE. What ever next?
Posted by bob duckhouse at 03:39